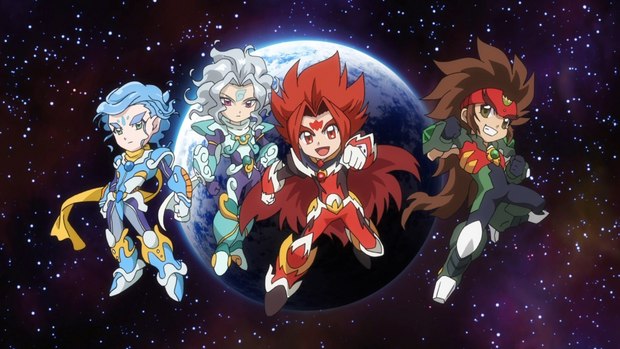 Los Angeles, CA – Following recent news of MarVista Entertainment’s aggressive acquisition strategy, the leading independent producer and distributor of features and family entertainment programming has acquired the worldwide distribution rights from Asahi Production of the action-adventure animated series, Heroes: Legend Of The Battle Disks, which the company will debut at this year’s upcoming MIP Jr market.  The announcement was made by Fernando Szew, CEO of MarVista Entertainment.

“MarVista continues its commitment to making an impact on children’s programming with superb content,” comments Szew. “Heroes: Legend of the Battle Discs was written, directed and produced by a top caliber team with a solid track record of delivering top quality and hugely successful programming in this genre of boys action adventure, and we look forward to debuting it to potential partners at MIP Jr.”

“With MarVista’s exceptional global footprint and expertise in the distribution of boy’s action series, we are excited to partner with Fernando and his team to bring our engaging and visually captivating adventure series to young audiences around the world,” says Hiroaki Taneoka, Producer, Heroes: Legend of Battle Disks.

Heroes: Legend Of The Battle Disks is set in the galaxy located near the center of the universe.  The Heroes live on Planet Aernia, which is home to an Academy that fosters and trains Heroes with an ultimate mission—to fight against and subdue the Dark Desire that is trying to destroy the world.  Boys enter the Academy in hopes of becoming members of Heroes but they must first search for powerful secret weapons as they train to become true Heroes fighting for justice!