Marvel’s executive producer and executive VP of visual effects & postproduction says roughly half of all women who decide to have children don’t return to the business. 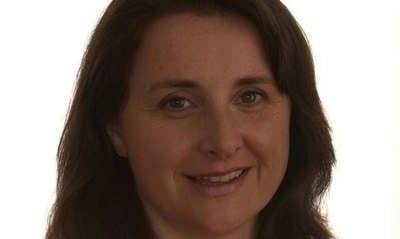 Marvel’s executive producer and executive VP of visual effects & postproduction, Victoria Alonso, called for VFX professionals to hire more women, according to a report by Variety.

In her keynote adress at the Visual Effects Society Production Summit in Hollywood on Saturday, October 18, Alonso thanked the group for inviting a woman in to speak, then reportedly demanded, “Where are the girls?!”

Among visual effects artists and supervisors, Alonso said there is a constant struggle to build up the number of women. “You’ve got to get the girls in here, boys. It’s better when it’s 50-50,” she said.

“This a tough road for women, not because it is a world of men, but because it takes a certain amount of time to be in a supervisory position, and by that time you are having to make a decision about having children or not. Which means you have to take a break. If you take a break, you’re out of the game, and once you’re out of the game, it’s hard to get back in the game.”

She said once women decide to have children, about half don’t come back to the business. “So we’re back to trying to fill in the 50 percent that left. We’re consistently trying to fill that gap of women who leave.”

She said that global production is hard on families in general, as are the 16-hour days of VFX production.

Alonso, who speaks frequently at VFX events around the world, told the gathering she makes a point of accepting invitations so that women can see a role model.

“This morning I came here because I wanted to make sure that when you put this out on a live-stream and there’s some 14-year-old kid in Austria or a 15-year-old in Germany or a 17-year-old in Massachusetts or somewhere else, and you want to go become an engineer or a digital artist, ladies, you can do it. Why, because the boys are going to be by your side, teaching you what they know, and at times, you will be teaching them. So for me what’s important is to have a presence.”