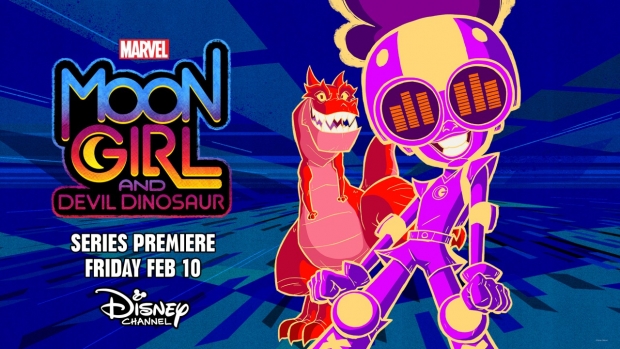 “The tone and the characters of this show are inspiring,” commented Saadiq. “I appreciate the Disney team working with me to push such smart music for a very smart Moon Girl. I'm pleased to be giving this generation the kind of music that was gifted to me by the greats, and I’m excited for the world to hear it.”

Based on Marvel's popular comic books, the 2D animated series follows the adventures of Marvel's first African American teenage girl Super Hero Lunella Lafayette and her 10-ton T-Rex, Devil Dinosaur. After Lunella accidentally brings Devil Dinosaur into present-day New York City via a time vortex, the duo work together to protect the city's Lower East Side from danger. The series is set to premiere February 10 on Disney Channel and shortly thereafter on Disney+.