Animated by Stoopid Buddy Stoodios, and written, created, and executive produced by Jordan Blum and Patton Oswalt, who also stars as the titular bad guy, the stop-motion comedy series, about a megalomaniacal supervillain who gets ousted from his own evil organization, shows that even a sinister villain can suffer a mid-life crisis. Premiering today is the new Hulu Original stop-motion adult animated comedy series, Marvel’s M.O.D.O.K. Created and written by executive producers Jordan Blum and Patton Oswalt, with animation by Stoopid Buddy Stoodios, the show is based on a Marvel Comics character of the same name.

In the series, megalomaniacal supervillain M.O.D.O.K. (Oswalt) has long pursued his dream of one day conquering the world. But after years of setbacks and failures fighting the Earth’s mightiest heroes, M.O.D.O.K. has run his evil organization A.I.M. into the ground. Ousted as A.I.M.’s leader, while also dealing with his crumbling marriage and family life, the Mental Organism Designed Only for Killing is set to confront his greatest challenge yet: a midlife crisis… that will shake the Marvel Universe to its core!

Check out the Official Season 1 Trailer: 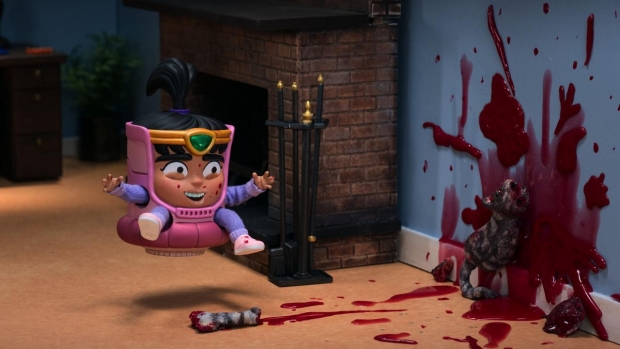