See the MCU’s newest team of superheroes, immortal beings forced out from the shadows to reunite and protect humanity against their oldest enemy; film hits all major digital platforms January 12, and 4K Ultra HD, Blu-ray, and DVD February 15, complete with gag reel and deleted scenes. 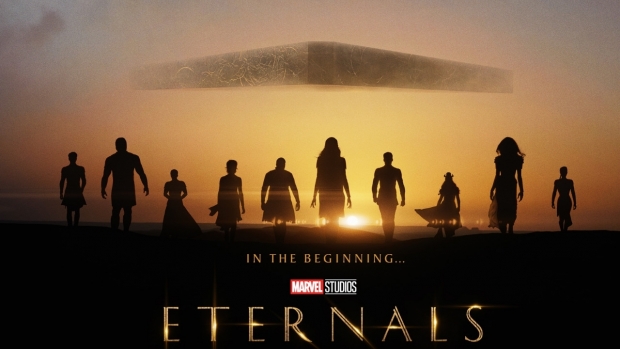 Phase 4 of the Marvel Cinematic Universe launches into the cosmos with Eternals, introducing a brand-new team of heroes from beyond the stars who have protected Earth since the dawn of man. Their epic story spans seven thousand years - after living silently on Earth, this group of immortal beings is forced out from the shadows to reunite and protect humanity against its oldest enemy, The Deviants.

Written and helmed by Oscar-winning Nomadland director Chloé Zhao, the film boasts an all-star cast including Gemma Chan as humankind-loving Sersi; Richard Madden as the all-powerful Ikaris; Kumail Nanjiani as cosmic-powered Kingo; Lia McHugh as the eternally young, old-soul Sprite; Brian Tyree Henry as the intelligent inventor Phastos; Lauren Ridloff as the super-fast Makkari; Barry Keoghan as aloof loner Druig; and Don Lee as the powerful Gilgamesh; with Kit Harington as Dane Whitman; Salma Hayek as the wise and spiritual leader Ajak; and Angelina Jolie as the fierce warrior Thena.

The film is produced by Kevin Feige and Nate Moore, with Louis D’Esposito, Victoria Alonso and Kevin de la Noy serving as executive producers. The screenplay is written by Zhao and Patrick Burleigh from a story is by Ryan Firpo and Matthew K. Firpo.