Shang-Chi confronts his past as he’s drawn into the mysterious Ten Rings organization – producer Keven Feige, director Destin Daniel Cretton and stars Simu Liu and Awkwafina dive into the backstory of the upcoming MCU origin story; ‘Shang-Chi and The Legend of The Ten Rings’ opens in U.S. theaters on September 3. 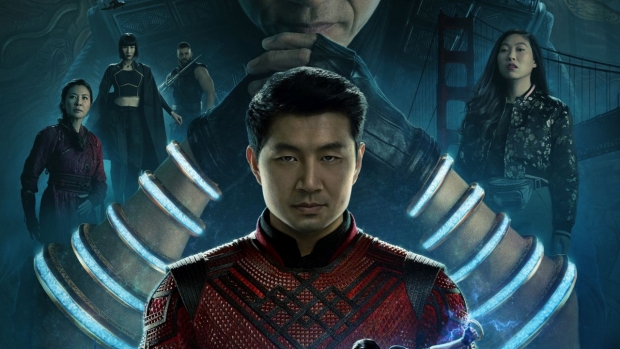 Marvel Studios continues to tease us, this time with a featurette and poster, for the upcoming action-adventure, Shang-Chi and The Legend of the Ten Rings, coming to theaters this September 3. Simu Liu stars as Shang-Chi, a young Super Hero whose journey of self-discovery unfolds as he confronts the past he thought he left behind, drawn into the web of the mysterious Ten Rings organization in this new origin story from Marvel.

Shang-Chi’s journey is told with stunning visuals, the MCU’s signature spectacle and displays of gripping action, along with the talents of a diverse, stellar cast and a relatable story.

In the new featurette producer Kevin Feige, stars Simu Liu and Awkwafina, and director Destin Daniel Cretton explore Shang-Chi’s backstory and his connection to the Ten Rings in the new MCU adventure.

The film also stars Tony Leung as Wenwu; Awkwafina as Shang-Chi’s friend Katy; Michelle Yeoh as Jiang Nan; as well as Fala Chen; Meng’er Zhang; Florian Munteanu; and Ronny Chieng. Shang-Chi and The Legend of The Ten Rings is directed by Cretton and produced by Feige and Jonathan Schwartz, with Louis D’Esposito, Victoria Alonso and Charles Newirth serving as executive producers.

Marvel Studios’ Shang-Chi and The Legend of The Ten Rings opens in U.S. theaters on September 3.