Based on the comics created by Stan Lee and Jack Kirby in 1965, first two episodes of ‘Marvel’s The Inhumans’ to premiere in IMAX theatres for two-week window in late Summer 2017 prior to network run. 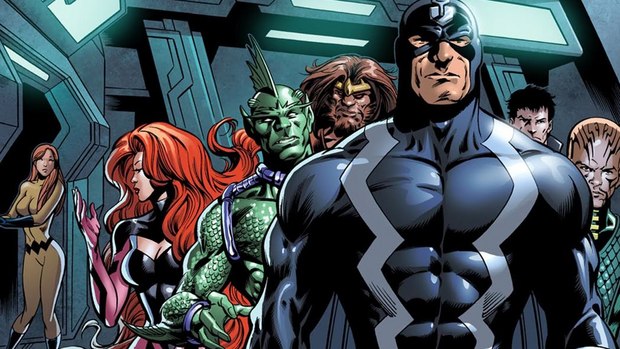 IMAX Corp., Marvel Television, and Disney|ABC Television Group have announced an innovative agreement to exclusively premiere the new ABC series Marvel’s The Inhumans in IMAX commercial theatres, marking the first time a live-action television series has debuted in this manner.

Under the agreement, a version of the first two episodes of Marvel Television’s new series Marvel’s The Inhumans -- produced in conjunction with ABC Studios and filmed entirely with IMAX digital cameras -- will run worldwide exclusively in IMAX for two weeks at the beginning of September 2017. ABC plans to then premiere the weekly series in fall, with additional exclusive content that can only be seen on the network.

The Inhumans, a race of superhumans with diverse and singularly unique powers, were first introduced in Marvel Comics by Stan Lee and Jack Kirby in 1965. Since that time, they have grown in prominence and become some of the most popular and iconic characters in the Marvel Universe. Marvel’s The Inhumans will explore the never-before-told epic adventure of Black Bolt and the royal family.

ABC, IMAX and Marvel Television also intend to work together to create a joint marketing and promotion plan for the series across their proprietary media platforms -- which would be the first such cross-platform marketing launch of a television series. Today’s agreement also marks IMAX’s first time as a financing participant in a TV pilot and series.

“This first-of-its-kind multi-platform production, distribution and marketing agreement brings together Marvel Television’s unique brand of entertainment, ABC’s unparalleled audience and IMAX’s brand and global fanboy demographic,” said IMAX CEO, Rich Gelfond. “It also takes our decades-long relationship with The Walt Disney Company to a whole new level, jointly breaking new ground in the industry. We are confident our exhibition partners will be excited to work with us on this innovative launch of a series across the IMAX network.”

“We’re happy to see this unique deal come together, working with our partners,” said Dan Buckley, President, Marvel Television, Publishing & Brand. “In an ever-changing world of distribution and consumption, it’s very exciting to be part of a groundbreaking initiative that takes us to the forefront of this evolution.”

This deal also provides audiences with high-quality, compelling entertainment options during what have traditionally been lulls in the summer blockbuster season. These IMAX audiences also tend to have high engagement and positive response to comic book fare.