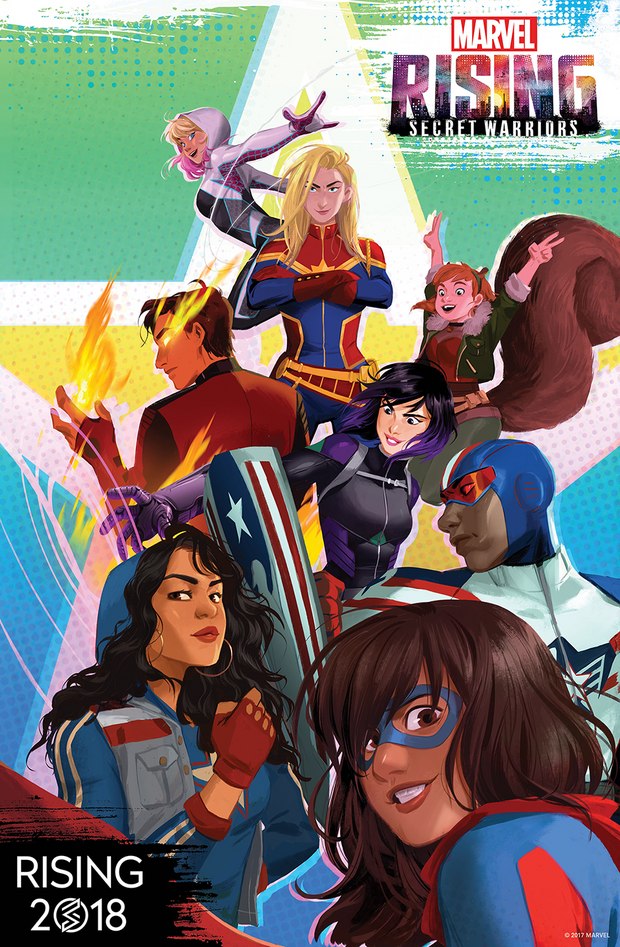 The program will launch with six four-minute digital shorts that spotlight Spider-Gwen, with her new secret moniker, Ghost-Spider, and introduce audiences to the world of Marvel Rising. Following the shorts, a feature-length animated film, Marvel Rising: Secret Warriors will premiere later in the year. Distribution partners for the content to be announced at a later date.

Future stories and content are also being developed across Marvel’s digital and publishing platforms and will be announced at a later date.

Marvel Rising: Secret Warriors is a long-anticipated event, bringing together Marvel’s newest and beloved characters that have garnered major fan excitement over the last few years. Powered teens Ms. Marvel, Squirrel Girl, Quake, Patriot, America Chavez, and Inferno join forces as an unlikely, but formidable crew of aspiring heroes. When a threat no one could have expected bears down on the Marvel Universe, this ragtag, untrained band of teens have no choice but to rise together and prove to the world that sometimes the difference between a “hero” and “misfit” is just in the name.

“Marvel characters are so relatable because they live in our world and face the same challenges we do. So I’m very excited that our Marvel Rising team of heroes is so inclusive, reflecting characters with different backgrounds, particularly a set of strong female leads that our young audience can connect with,” said Cort Lane, Marvel’s senior VP of animation and family entertainment.

Sana Amanat, Marvel’s director of content and character development, added: “This project is unlike anything we’ve done before -- from featuring the rising and fan-favorite stars of the Marvel Universe, to a visually distinct animation style, this is a groundbreaking animated event. It’s an action-packed adventure, full of comedy, heart and powerful messages for every kind of Marvel fan.”