Chicago-based creative studio builds on its past successes with Marvel’s ‘Guardians of the Galaxy’ and ‘Captain America: The Winter Soldier.’ 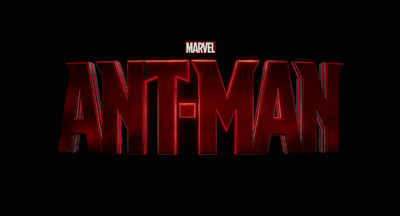 Although the company cannot share its actual work until the film's Blu-Ray release date later this year, company principal and executive creative director Erin Sarofsky did talk a bit about the assignment and how the challenges and creative freedoms provided by Reed and Marvel's executives built on their past successes with Guardians of the Galaxy and Captain America: The Winter Soldier. “As always, we worked very closely with the director and the executive team. Peyton Reed, Kevin Feige, Lou D'Esposito, Victoria Alonso and Brad Winderbaum all provided great feedback throughout the entire process, which was even more essential than ever because of the tight production schedule,” Sarofsky said. “This time around, their confidence in our process and capabilities was even more apparent,” she continued. “They gave us more room to explore, and provided feedback that was more ‘big picture' than granular. It's really amazing working with a client that has such high confidence in your skills and problem-solving abilities.”

According to Sarofsky, from the very beginning Reed was very enthusiastic about creating a main title for his film with a totally unique look. Knowing it ultimately had to fit into the Marvel Universe, he still encouraged Sarofsky and her colleagues to do something different. “It's also very exciting when your client wants you to go out on a limb and create something that is truly original,” Sarofsky added.

“Not only does this work spotlight our design prowess, we feel it also trumpets our rising talents in the VFX arena,” said executive producer Steven Anderson. “Over the past year, we have been expanding our VFX and finishing offerings to better serve our expanding roster of both entertainment and advertising clients.”

“Conceptually, these main-on-end titles are intricately connected to the film's overall narrative,” Sarofsky said. “We are very excited for audiences around the world to experience what we consider to be our very best work.”