Marvel May Be Developing Vision Series for Disney+

Tentatively titled ‘Vision Quest,’ the show would follow the S.W.O.R.D. agency-created sentient robot as he attempts to regain his memory and humanity. 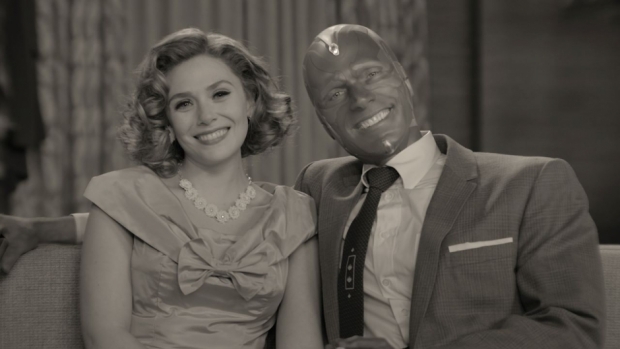 Vision may finally get his time in the small screen spotlight. Audiences have been wondering where the infinity stone wearing, sentient robot has been hiding since his exit at the end of WandaVision, especially with his notable absence during the events of Doctor Strange 2: Multiverse of Madness. Now, Marvel Studios is in the early stages of developing a Vision spinoff series, tentatively titled Vision Quest, according to Deadline.

The potential series follows the S.W.O.R.D. agency-created White Vision, played by Paul Bettany, as he attempts to regain his memory and humanity. Fittingly, his “wife” Wanda Maximoff, played by Elizabeth Olsen, may appear despite her supposed demise in Doctor Strange 2.

As with fellow WandaVision spinoff Agatha: House of Harkness, Vision Quest would be overseen by Jac Schaeffer, the original Disney+ series creator, writer, and executive producer. Way to keep it in the family (reportedly)!

While Bettany has not yet commented on the supposed series, it’s not a stretch to say his character may return in some form. Speaking of his iconic role in a 2021 panel for Deadline Contenders TV: The Nominees, Bettany stated, “you never know with Marvel, whether you’re done, or not. So I don’t want to call it the end yet.” So, you’re saying there’s a chance?