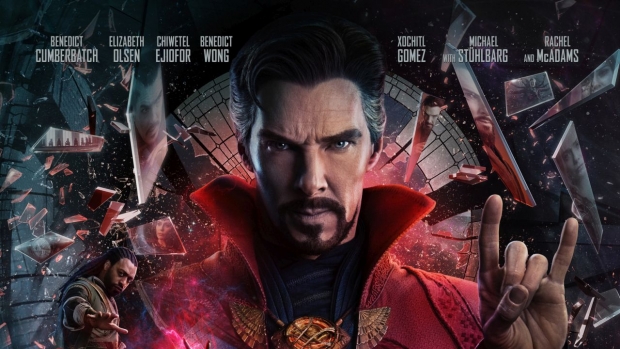 MCU fans delight! Not only did Marvel Studios reveal a new poster and drop a TV spot that will leave you breathless, but tickets are also now on sale everywhere for Doctor Strange in the Multiverse of Madness, set to hit theaters May 6! Benedict Cumberbatch; Chiwetel Ejiofor; Elizabeth Olsen; Benedict Wong; Xochitl Gomez; Michael Stuhlbarg; and Rachel McAdams star in what is shaping up as one of the most highly anticipated films of 2022.

Prepare to be versed!

In the film, the MCU unlocks the Multiverse and pushes its boundaries further than ever before. Journey into the unknown with Doctor Strange, who, with the help of mystical allies both old and new, traverses the mind-bending and dangerous alternate realities of the Multiverse to confront a mysterious new adversary.