Prolific writer, editor and publisher co-created many of the industry’s most iconic characters, including Spider-Man, Iron-Man, the Hulk and Black Panther. 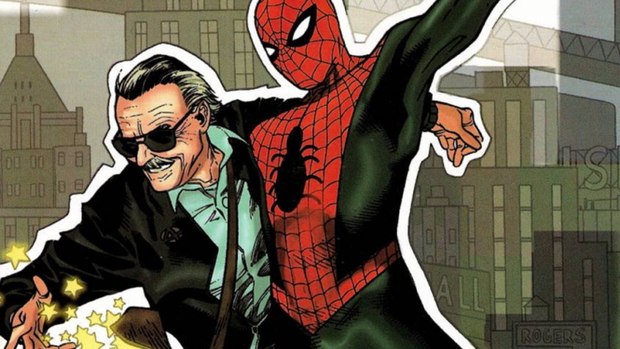 Stan Lee, the legendary comic-book writer, editor and publisher, whose Spider-Man, X-Men and Fantastic Four superhero titles, among others, forever changed the very notion of superheroes as well as the franchise-driven global entertainment industry, died this morning at Cedar Sinai Medical Center in Los Angeles. He was 95.

Paying tribute to Lee in a post on Marvel’s website, Bob Iger, chairman and CEO of The Walt Disney Company, said, “Stan Lee was as extraordinary as the characters he created. A super hero in his own right to Marvel fans around the world, Stan had the power to inspire, to entertain, and to connect. The scale of his imagination was only exceeded by the size of his heart.”

Working with a number of artists, including Jack Kirby and Steve Ditko, Lee created such seminal characters as Spider-Man, the Hulk, Doctor Strange, the Fantastic Four, Daredevil, Black Panther and the X-Men, as well as, with writer Larry Lieber, Ant-Man, Iron Man and Thor.  Under his leadership, Marvel Comics transformed from relative anonymity into arguably the most important comic-book publisher in the world. Lee eventually left Marvel in 1972, though he remained publisher emeritus until his death.

For Marvel, Lee’s departure was followed by many difficult years marked by downturns in the comic-book business, the rise-fall-rise of the Internet, numerous ownership changes, acrimonious disagreements, lawsuits and bankruptcies. However, huge success eventually came knocking, marked by Disney's $4.2 billion Marvel purchase in 2009, the successful launch of Spider-Man, Iron Man, X-Men, Guardians of the Galaxy and The Avengers feature film franchises, and the streaming and broadcast of numerous Marvel episodic projects that all told, have captured the hearts of hundreds of millions of fans worldwide.

While audiences have embraced the Marvel Universe primarily through tentpole feature film offerings, comic-book fans have long understood the huge impact Lee and his fellow Marvel writers and artists have had on the entertainment industry, revolutionizing superhero comics through their serialized stories of tragically flawed characters who embodied human frailties readers themselves could relate to.

After leaving Marvel, Lee, ever the salesman, became a traveling ambassador of sorts for the comic book industry, making countless appearances at comic book conventions and college campuses. More recently, he enjoyed a string of cameo appearances in Marvel feature films, and remained a creative force as well, generating new concepts for comics and related entertainment ventures up until the time of his death.

Born Stanley Lieber in New York to Jewish immigrant parents, Lee made his way to the world of comics as an assistant at what was then known as Timely Comics. He got his first credit for a 1941 Captain America story, under the pen name “Stan Lee.” At the age of 19, publisher Martin Goodman named him interim editor after Kirby and editor Joe Simon left in a pay dispute. After serving in the U.S. Army during WWII, Lee returned to Timely, which by the mid-1950s became known as Atlas Comics and eventually, in 1961, as Marvel Comics. Soon, driven by the success of rival DC Comics properties such as Justice League and Batman, Lee began developing superheroes that weren’t the flawless, problem-free characters constantly being fed to readers. What followed was an unprecedented succession of hugely popular titles, starting in November 1961 with the Fantastic Four.

Ditko, who died earlier this year at age 90, left Marvel in 1966, reportedly after a fight with Lee, though the notoriously private artist never revealed his reasons for departing. Kirby, unhappy with his perceived second-class status and lack of proper authorship credit under Lee, left Marvel for rival DC in 1970 – to this day, many in the industry have claimed both artists never received proper recognition or compensation for their roles in Marvel’s success.

Lee unwittingly helped bring about changes to the Comics Code Authority, an industry organization formed in 1954 to self-regulate comic book content as an alternative to government regulation. In 1971, at the behest of the U.S. Department of Health, Education and Welfare, Lee wrote about the dangers of drug use in a three-issue Amazing Spider-Man subplot. The CCA refused to grant its seal – Lee published the issues anyway. With Marvel winning praise for its social awareness, the CCA relented and modified its code regarding depictions of drugs and other similarly sensitive societal issues.

Despite forming a number of high-profile entertainment ventures, Lee never again approached the creative success he experienced at Marvel. In 1998, during the height of the dotcom era, Lee and lawyer Peter Paul launched Stan Lee Media, which in less than two years found itself enveloped in controversy and legal trouble. The company shut down operations at the end of 2000 and filed for Chapter 11 bankruptcy in 2001 -- Paul was accused of stock manipulation and fraud, fleeing the country before eventually being extradited from Brazil back to the U.S. and pleading guilty to violating SEC rules in 2003. Lee was never implicated in the fraudulent activities.

In 2002, Lee sued Marvel, claiming he had not been paid promised profits from TV and film projects. That suit was settled in 2005 for a reported $10 million. The same year Stan Lee Media entered Chapter 11, Lee formed POW! Entertainment, which went public in 2004. In 2007, Jim Nesfield, who had previously purchased Stan Lee Media, sued Marvel for $5 billion, claiming Lee had transferred his rights to a number of Marvel characters to the company in exchange for a salary and stock. Stan Lee Media then sued Lee and POW! Entertainment. For the next nine years, the parties were locked in various iterations of lawsuits, which included a suit by Stan Lee Media against The Walt Disney Company, then the owner of Marvel, in 2012. As of early 2016, judgments against Stan Lee Media called for the company to pay nearly $500,000 in legal fees, effectively exhausting its finances and efforts at claiming ownership of certain Marvel rights.

After selling his POW! Entertainment stake to a Hong Kong company, Camsing International Holding, in 2017, Lee filed a multi-billion dollars lawsuit against them in May of this year, claiming they took advantage of his ill health and duped him into signing away rights to his name. That suit was withdrawn two months later.  Even more recently, Lee had filed a restraining order and leveled serious allegations of elder abuse and embezzlement against his care-giver, Keya Morgan and others involved in his day-to-day affairs. His daughter, J.C., was reportedly also abusive, both to Lee and his wife of almost 70 years, Joan, who passed away from a stroke last year. However, the elder Lee had recently gone on record, in a recorded interview, claiming his relationship with J.C. had never been stronger.