Marvel Entertainment reveals that it will be replacing the comic book incarnation of ‘Thor’ with a new, female version; Sam Wilson, formerly the superhero known as The Falcon, will be taking over the role of ‘Captain America.’ 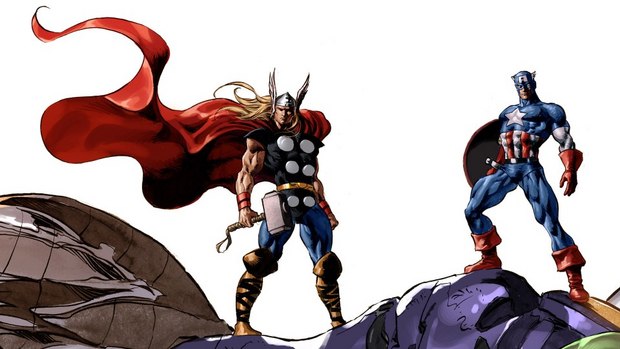 Big changes are afoot in the Marvel Universe.

A day after it was revealed that Marvel Entertainment would be replacing the comic book incarnation of Thor with a new, female version, the publisher announced that Sam Wilson, formerly the superhero known as The Falcon, would be taking over the role of Captain America this October.

The announcement was made by Marvel CCO Joe Quesada on Comedy Central’s The Colbert Report on Wednesday night.

Wilson, created by Stan Lee and Gene Colan, first appeared in 1969’s Captain America #117 and was the first African-American superhero in mainstream comics. By 1971, he was upgraded to co-star status when the series was retitled Captain America and the Falcon, a change that lasted until 1978 when Steve Rogers again went solo.

Since then, Wilson has enjoyed short-lived runs in various titles, including most recently Avengers, Mighty Avengers and the current Captain America series. Additionally, the character debuted on the big screen earlier this year in Captain America: The Winter Soldier.

Wilson will take on the role of Captain America in October’s Captain America #25, written by Rick Remender with art by Carlos Pacheco. In doing so, he will become the seventh character to use the name in Marvel continuity, as well as the second of Captain America’s former sidekicks to take the identity on in the last decade.

Quesada's appearance on the show was the second high-profile announcement from Marvel regarding a character in as many days. On Tuesday, an all-new, female God of Thunder was unveiled on Tuesday's ABC daytime series The View. The female Thor will be the star of her own eponymous comic book series beginning in October. The new Thor books, the eighth Marvel title to feature a lead female protagonist, will be written by Jason Aaron, with art from Russell Dauterman.