Legendary Academy, DGA and Emmy Award-winning filmmaker to be recognized for his valuable contributions to filmed entertainment at the upcoming January 29 VES Awards. 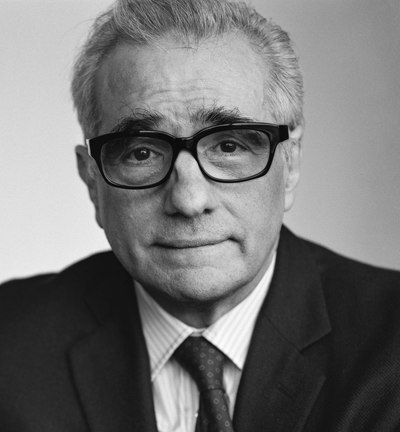 LOS ANGELES -- Today, the Visual Effects Society (VES), the industry’s professional global honorary society, named Martin Scorsese, Academy, DGA and Emmy Award winning director-producer-screenwriter, as the forthcoming recipient of the VES Lifetime Achievement Award in recognition of his valuable contributions to filmed entertainment.  The award will be presented at the 18th Annual VES Awards on January 29, 2020 at the Beverly Hilton Hotel.

The VES Lifetime Achievement Award, bestowed by the VES Board of Directors, recognizes an outstanding body of work that has significantly contributed to the art and/or science of the visual effects industry.  VES will honor Scorsese for his consummate artistry, expansive storytelling and profound gift for blending iconic imagery and unforgettable narrative on an epic scale. Scorsese’s steadfast ability to harness craft and technology to bring his unique visions to life has resulted in exceptional narratives that have transfixed audiences and captivated millions.  And as a champion of film history, his work to preserve the rich legacy of motion pictures is unparalleled.

“Martin Scorsese is one of the most influential filmmakers in modern history and has made an indelible mark on filmed entertainment,” said Mike Chambers, VES Board Chair.  “His work is a master class in storytelling, which has brought us some of the most memorable films of all time.  His intuitive vision and fiercely innovative direction has given rise to a new era of storytelling and has made a profound impact on future generations of filmmakers.  Martin has given us a rich body of groundbreaking work to aspire to, and for this, we are honored to award him with the Visual Effects Society Lifetime Achievement Award.”

Scorsese has directed numerous documentaries including Rolling Thunder Revue: A Bob Dylan Story by Martin Scorsese, the director’s second film about Dylan, this one focused on his legendary 1975 tour; the Peabody Award winning No Direction Home: Bob Dylan and Elia Kazan: A Letter to Elia; as well as Italianamerican, The Last Waltz, A Personal Journey with Martin Scorsese Through American Movies, Il Mio Viaggio in Italia, Public Speaking, Shine a Light, and George Harrison: Living in the Material World, for which Scorsese received Emmy Awards for Outstanding Directing for Nonfiction Programming and Outstanding Nonfiction Special.

In 2010, Scorsese executive produced the HBO series Boardwalk Empire, winning an Emmy and DGA Award for directing the pilot episode. In 2014, he co-directed The 50 Year Argument with his long time documentary editor, David Tedeschi. Scorsese directed the pilot episode of Vinyl for HBO in 2016, a series depicting the 1970s music scene in New York.

This month, Scorsese’s highly anticipated feature film, The Irishman, starring Robert De Niro, Al Pacino, and Joe Pesci will make its world premiere at the New York Film Festival on Friday, September 27 and will have a platform theatrical release starting November 1 in New York and Los Angeles, before arriving on Netflix on November 27.

Scorsese is the founder and chair of The Film Foundation, a non-profit organization dedicated to the preservation and protection of motion picture history.