Sony’s ‘Uncharted’ will feature Tom Holland as the sarcastic and sexy Nathan Drake, alongside the ‘Ted’ star as gruff and tumble Victor ‘Sully’ Sullivan, in theaters December 2020. 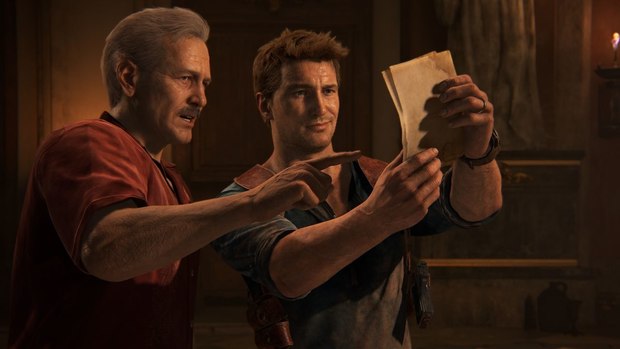 Hide your valuables and your wives! The infamous wisecracking Indiana Jones of the 21st century, Nathan Drake, is finally strutting into theaters. Sony’s film adaptation of Naughty Dog’s hit PlayStation video game Uncharted will feature Tom Holland (Spider-Man: Homecoming, Onward) as Drake, a young treasure hunter who travels the world to solve mysteries and steal ancient shiny stuff. Finally! We’ve been waiting for an adventurous-ancient-artifact-pilfering badass to fill the void left after Lara Croft’s Tomb Raider and the National Treasure himself, Benjamin Gates.

Sony has been trying to make Uncharted happen for over a decade, but production has been fraught with re-writes and drop-outs. Mark Wahlberg (Ted, The Departed, The Fighter), who will join Holland on screen as Victor “Sully” Sullivan, was previously attached as Drake himself in 2010, when David O. Russell (Three Kings, I Heart Huckabees) was attached as director. Unfortunately for Wahlberg, Sony pivoted the concept to an origin story, and he will now portray the much older Sully, Drake’s mentor and artifact hunting partner. The film is likely to follow the storyline of the game Uncharted 3: Drake’s Deception: the plot devotes significant time to Drake’s teenage years and his rough introduction to Sully, who initially opposes him in a journey to discover Sir Francis Drake’s ring.

LAIKA CEO, Travis Knight (Kubo and the Two Strings, Bumblebee), is set to direct, with Rafe Judkins penning the script alongside Art Marcum and Matt Holloway. Charles Roven and Alex Gartner will produce under the Atlas Entertainment banner in conjunction with Ari Arad of Arad Productions. The film currently has a December 2020 release.