Created to showcase the power and options of the Toon Boom suite of animation software tools, ‘The Key’ integrates 2D and 3D elements, atmospheric mist, fire, liquid, shadows and more. 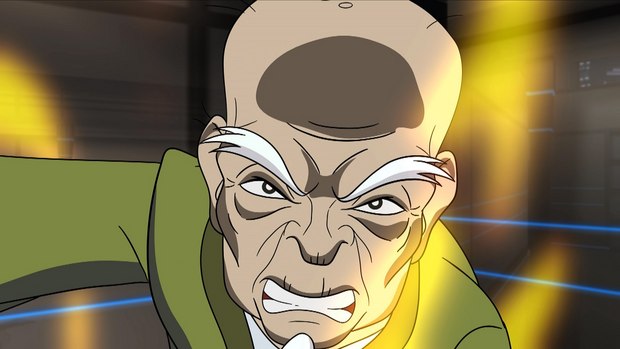 MONTREAL -- Mark Simon and Toon Boom Animation have been recognized as a winner in the 35th Annual Telly Awards for their short animation, The Key.

The Key was created to showcase the power and options of the Toon Boom suite of animation software tools. The goal was to include elements like integrating 2D and 3D elements, atmospheric mist, fire, liquid, shadows and more. It tells the story of a young man and his grandfather who battle for control of the family car (a hot rod) for a night on the town. Simon designed the look of the show with character designer Willie Castro and concept painter Humza Khan to be a mix of Eastern and Western styles.

“Toon Boom gave me a list of parameters they wanted to show off with this short. I wasn’t interested in directing scenes that didn’t mean anything, so I wrote a story that incorporated all of it and more. It was a fun challenge,” said Simon. “It was more than they asked for, but I’m a giving kinda guy.”

Simon and Castro storyboarded the project using Toon Boom’s Emmy-winning software Storyboard Pro. The finished board and animatic were sent to Yeson in South Korea, where they used Toon Boom Harmony animation software to finish the project.

“I was stunned by how few notes I had on the production,” said Simon. “The software tools work so well together that the project looked exactly the way I wanted it to after the first pass.”

Founded in 1979, the Telly Awards honor outstanding local, regional, and cable TV commercials and programs, as well as the the finest video and film productions and online commercials, video and films. This year’s edition saw 12,000 entries from all 50 states and numerous countries.

“The Telly Awards has a mission to honor the very best in film and video,” said Linda Day, Executive Director of the Telly Awards. “Mark Simon and Toon Boom’s accomplishment illustrates their creativity, skill and dedication to their craft and serves as a testament to great film and video production.”

“Winning a Telly Award is a reflection of the commitment that Mark Simon and Toon Boom Animation have to the development and creation of storyboarding software. Storyboard Pro is the industry standard and Mark Simon is a valued asset in the industry,” said Desideria Mastriaco, Marketing and Communications Manager at Toon Boom Animation. Storyboard Pro is the industry’s leading storyboarding software that is used by studios and freelancers worldwide.”