Mark Osborne’s ‘The Little Prince’ to Premiere on Netflix

Just days after director Mark Osborne reveals that that Paramount Pictures will no longer be distributing the stop-motion/CG-animated hybrid feature, Netflix swoops in to save the day. 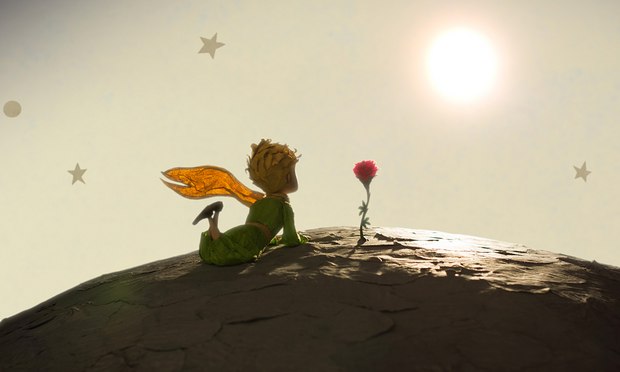 Just days after it was revealed by director Mark Osborne (Kung Fu Panda) that Paramount Pictures had pulled out of its distribution agreement for The Little Prince, Netflix has swooped in to save the day.

Netflix has picked up Paramount’s domestic rights to the stop-motion/CG-animated hybrid feature, according to a report by The Hollywood Reporter, and the streaming giant is expected to premiere it later this year.

Based on the 1943 book by Antoine de Saint-Exupery, The Little Prince was produced by ON Entertainment’s Dimitri Rassam and Aton Soumache with a budget of $80 million, making it France’s most expensive animated feature to date. The film premiered out of competition at the Cannes Film Festival last May and has grossed $100 million internationally, excluding the U.K., Australia, Scandinavia and Spain. Last month, it was given France’s Cesar Award for best animated film.

The screenplay for The Little Prince was written by Irena Brignull, who added to the story a little girl who discovers the Prince's adventures with the stranded pilot/author. The story centers on a fearless and curious child prodigy (voiced by Mackenzie Foy) who lives with her equally academically talented yet overachieving mother (Rachel McAdams). After moving into a new neighborhood, the girl meets her next door neighbor, The Aviator (Jeff Bridges), an old yet eccentric and mischievous man. Soon, she discovers the story of The Little Prince (Riley Osbourne), a story of a pilot who crashes in a desert where he meets the titular boy from a distant planet, a story that brings the girl and The Aviator together on an extraordinary adventure.

The Little Prince uses stop-motion animation for the novel's story and computer animation for the additional framing narrative. It also stars Marion Cotillard as The Rose, James Franco as The Fox, Benicio del Toro as The Snake, Ricky Gervais as The Conceited Man, Paul Giamatti as The Teacher, Albert Brooks as The Businessman and Bud Cort as The King.

Paramount had slated the movie to open in U.S. theaters on March 18. There’s no word yet on a Netflix premiere date.