As teased yesterday by ‘The Simpsons’ producer James L. Brooks, animation’s most famous suburban housewife, in a beautifully ‘Marge Simpson’ manner, took to video this morning with her thoughts about being dissed by the legal advisor. 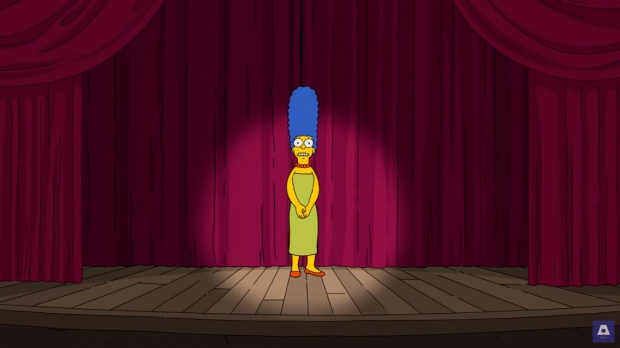 “As an ordinary suburban housewife, I’m starting to feel a little disrespected.” So says Marge Simpson, with her usual subtle, ironic sarcasm, in a new video clip released by FOX this morning, in response to a tweet from Trump campaign senior legal advisor Jenna Ellis about the new Democratic VP candidate, which read, “Kamala sounds like Marge Simpson.”

And indeed, she did:

“I teach my children not to name call, Jenna…,” Marge shares, before adding under her breath, “I was going to say I’m pissed off, but I’m afraid they’d bleep it.”

Ellis found time in her busy Thursday schedule to push the racist, wholly untrue Kamala Harris birther theory by reposting a tweet from conservative group Judicial Watch president Tom Fitton asking if Harris is “ineligible to be Vice President under the U.S. Constitution's 'Citizenship Clause.'" Showing incredible digital dexterity, she also shared law professor John Eastman’s op-ed published in Newsweek. Asked about the retweet, Ellis told ABC News that “it’s an open question and one I think Harris should answer so the American people know for sure she is eligible." It should be noted that when Newsweek originally ran the piece, they failed to mention that Eastman unsuccessfully ran against Harris for California attorney general in 2010.