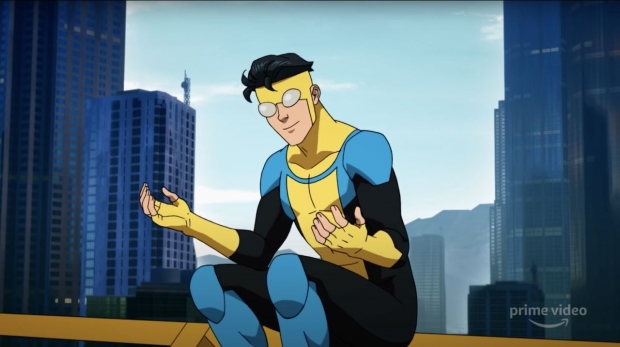 Skybound Animation, the outfit behind Prime Video's adaptation of Invincible, announced a major addition to its staff today: Marge Dean will join the company as its studio head.

Dean arrives at Skybound from Crunchyroll, where she served as the anime streamer’s head of studio since 2018. Prior to that, she was general manager for Stoopid Buddy Stoodios, where she won an Emmy for her work on Robot Chicken.

At Skybound, Dean will preside over the production of new animated content. “I’ve always admired Skybound’s creator-driven spirit, and it’s a company rich with content,” Dean shared in a statement. “I’m excited to join the company during this phase of growth and evolution, and look forward to working closely with Skybound leadership and creative teams on these amazing properties.”

Outside of her studio activity, Dean continues to serve as president of Women in Animation (WIA), the organization dedicated to advancing women and underrepresented genders working in animation. Last spring, she released an open letter on behalf of WIA that called on the animation community to confront hate-fueled violence after a string of shootings took place in Atlanta.

David Alpert, CEO of Skybound Entertainment - the parent company of Skybound Animation - said that Dean’s stature in the industry made her the clear choice for the role.

“Marge Dean is a respected authority in the world of animation, and her veteran leadership is critical for the growth of our original and franchise animation content,” Alpert explained. “We believe Marge’s presence is a huge boost to secure top animation talent across the Skybound portfolio.”

While production on Invincible’s second season has yet to begin, its star, Steven Yeun, teased fans last week about what to expect from its style and tone.

“I’ve talked to Robert Kirkman [and] he thinks season two is gonna be even better than season one, which I have no doubt about,” Yeun told Collider. “It’s gonna be bonkers. I think we’re gonna get some Miyazaki levels of animation. [And] it speaks to America’s appetite now for adult animation, which is really cool.”

Dean will serve as executive producer of seasons two and three of Invincible, alongside Skybound founders Kirkman, Alpert, Catherine Winder, and Simon Racioppa.