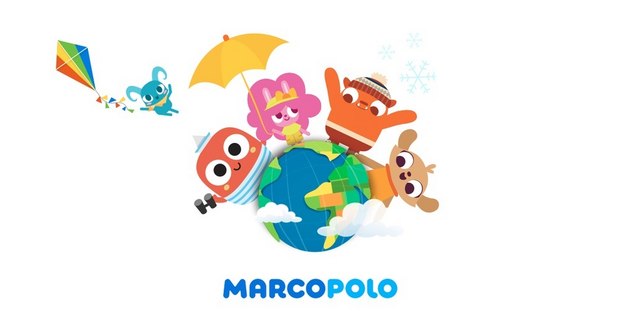 NEW YORK -- MarcoPolo Learning, a leading mobile-based early childhood education company, has raised $8.5 million in Series A funding. The proceeds will be used for expanding the company’s award-winning suite of early childhood education apps as well as producing premium animated long-form video content in partnership with Boat Rocker Media and its family of companies.

The financing round was led by Boat Rocker Ventures, a division of Boat Rocker Media, the global media company and studio behind such hits as Orphan Black, The Next Step, and Stella and Sam. Other investors in MarcoPolo’s financing round include leading technology investors from around the world, such as Horizons Ventures (Asia), Seedcamp (Europe), and managing partners of DST Global, along with influential individuals from the kids and media industries such as founders/senior executives from Diapers.com (acquired by Amazon), Maker Studios (acquired by Disney), NewsCorp, and YY.

The funding follows a breakout year for MarcoPolo Learning, which currently has over five million children in more than 150 countries including the U.S., China, Russia, U.K., and Japan. The addition of original premium animated content for linear and digital platforms will help MarcoPolo expand its foothold in the early childhood education market and broaden exposure for the brand through a variety of distribution channels.

MarcoPolo Learning was founded as an early childhood education solution for the mobile age by two technology and investment veterans with a mission to build a global, mobile-based “preschool in your pocket.” Nazar Yasin, MarcoPolo’s co-founder and executive chairman, is a former Goldman Sachs and Tiger Global executive who has led or invested in a number of “unicorn” Internet companies around the world including YY in China, Forticom in Russia, and other technology businesses in Latin America, Africa, and other markets.

His partner and co-founder, Justin Hsu, CEO of MarcoPolo, was previously the founder of PMG Financial, a specialist in retirement planning services for K-12 school teachers, which he sold to Zurich Financial. He was also a founder of 10 Music, an artist management company based in London, and board member of The Institute of Play, a Gates-based non-profit with a mission to transform education using a unique game-based approach.

“This is a significant step toward advancing our vision of making early childhood education accessible to every child in the world,” said Yasin.

“Boat Rocker is one of the world’s leading video entertainment companies and partnering with them to bring our video products to life on a global basis is an amazing opportunity that we could not be more thrilled about,” Hsu added.

“The children’s media space is evolving rapidly, and Boat Rocker is excited to partner with a category innovator like MarcoPolo,” commented Michel Pratte, Chief Revenue Officer at Boat Rocker and new MarcoPolo board member. “We believe that their educational focus and integrated app-plus-video strategy provides them with an opportunity to become a leading, globally trusted pre-school brand for the mobile generation.”

In addition to Boat Rocker’s investment, both companies have formed an exclusive strategic production and distribution partnership that will see deep collaboration on original animated television and digital series, leveraging Boat Rocker’s global video distribution expertise and team of over 400 in-house animators and producers. With additional details to be announced in the near future, every video property will feature MarcoPolo’s iconic cast of characters, who already appear in all of the company’s award-winning apps and who have an innate desire to explore the wonders of the natural world.

More broadly, all of MarcoPolo’s app and video products seek to expand the possibilities for children by giving them the opportunity to explore environments that might normally be beyond their reach, leveraging the two primary content formats that children engage with on mobile devices globally: interactive apps and narrative video.