26-year studio veteran will oversee all creative and production on ‘The Simpsons,’ ‘Bob’s Burgers’ and ‘Family Guy’ as well as all new animated series development. 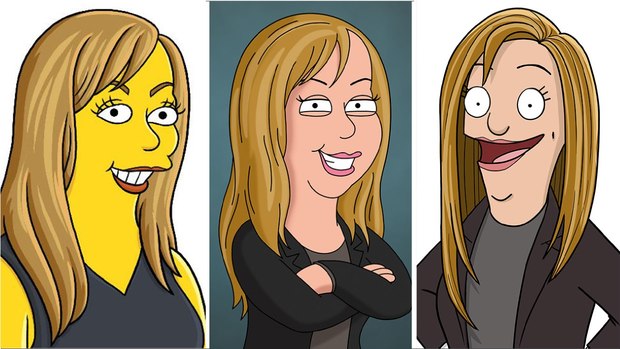 20th Century Fox TV has promoted Marci Proietto to the position of executive vice president of animation, according to a Variety report. In her new role, she will oversee creative and production for all the studio’s animated series properties, including hit shows like The Simpsons, Bob’s Burgers and Family Guy. Proietto, a 26-year Fox veteran, will also lead studio development on a host of new series, including Solar Opposites from Justin Roiland and Mike McMahan, Hoops from Ben Hoffman, Phil Lord, Chris Miller and Jake Johnson, and the just announced Duncanville from Amy Poehler and Mike and Julie Scully.

According to Jonathan Davis, president of creative affairs at 20th Century Fox TV, “Marci is a beloved executive who has been an enthusiastic and talented steward of our thriving animation business for over twenty years. Her relationships with powerhouse creators like Matt Groening, Seth MacFarlane and Loren Bouchard are incredibly strong, because she’s been there championing their work from the beginning. She’s also identified and set up projects with a host of other giants in the space, as well as many whom we think are the next generation of animation talent. This promotion acknowledges both her past contributions as well as sets her up for even greater success as a member of our senior creative executive team, and I couldn’t be happier that she’ll be with us for many more years to come.”

Since starting on The Simpsons in its sixth season, Proietto has worked on every animated series the studio has since produced, more than 1800 episodes from 16 shows. Together with Davis, she has been responsible a number of recent animated series sales, including Solar Opposites to Hulu, Hoops to Netflix and Duncanville to Fox.