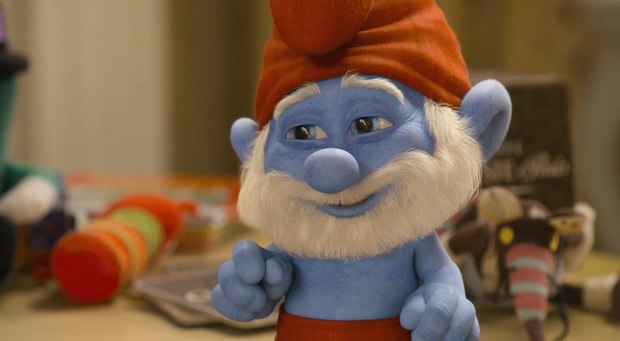 Homeland star Mandy Patinkin is in negotiations to provide the voice of Papa Smurf in Sony Pictures Animation’s reboot of The Smurfs, according to a report by The Hollywood Reporter.

Kelly Asbury, director of Shrek 2 and Gnomeo & Juliet, is helming the feature project, which will tell the origin story of the Smurfs.

SPA previously made two live action/CG animation hybrid Smurfs movies, which together grossed roughly $910 million worldwide. This new, as-yet untitled project will be fully animated, and reportedly more in line with the designs, tone and look of the works of Peyo, the creator of the popular blue-skinned characters.

Jonathan Winters voiced Papa Smurf, the wise, paternal leader of the Smurfs, in both movies, while Don Messick voiced the beloved character in the long-running animated series from the 1980s.

The new movie, to be released on August 5, 2016, is being produced by Jordan Kerner and co-produced by Mary Ellen Bauder.

Smurfs is a rare venture into animation for Patinkin. He previously voiced Hattori in the English-language version of Hayao Miyazaki's The Wind Rises, and Basil in the 2011 indie feature Jock the Hero Dog.