The popular actress’ career may be kaput following the questionable decision to share a social media message comparing the treatment of Republicans in America to Jews in Nazi Germany. 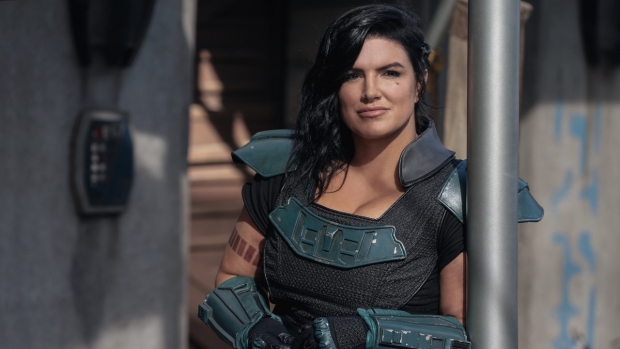 Cancel culture is officially in full swing. Gina Carano, the former MMA fighting star has been fired from her breakout role as Cara Dune on the hugely popular Disney+ series, The Mandalorian, after reposting a social media message comparing the treatment of people (Republicans) with differing political views to the treatment of Jews in Nazi Germany. Yes, because innocent people being physically assaulted, because of their religion, by their neighbors, the military, and secret police before being rounded up and sent to death camps is exactly the same as receiving mean Tweets and nasty looks because of your conspiracy-theory level opinions.

For reference, the now-deleted Instagram post stated, “Jews were beaten in the streets, not by Nazi soldiers but by their neighbors ... even by children. Because history is edited, most people today don’t realize that to get to the point where Nazi soldiers could easily round up thousands of Jews, the government first made their own neighbors hate them simply for being Jews. How is that any different from hating someone for their political views?”

The backlash from Carano’s post was swift, with #FireGinaCarano quickly trending on Twitter until the actress’ career was no more. In addition to losing her empowering role on The Mandalorian, which director Jon Favreau created specifically for her, the controversial actress was also dropped from UTA, and ID PR.

Lucasfilm confirmed the decision to let Carano go in a statement shared with The Washington Post soon after outlet Gizmodo broke the news.

“Gina Carano is not currently employed by Lucasfilm and there are no plans for her to be in the future,” the company stated. “Nevertheless, her social media posts denigrating people based on their cultural and religious identities are abhorrent and unacceptable.”

Season 3 of The Mandalorian is in preproduction and will begin filming this year, sans Carano.