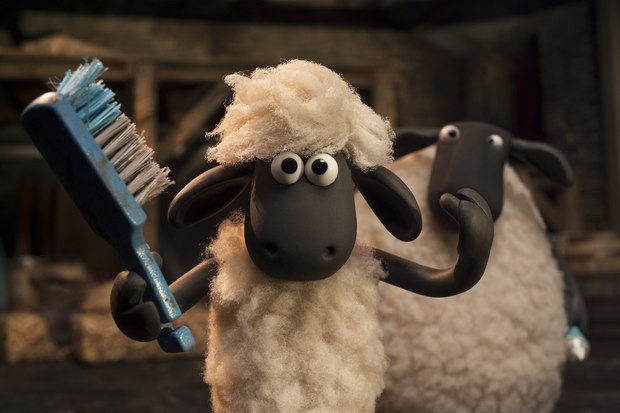 Guest speakers appearing at the festival include Academy Award-nominated Song of the Sea and The Secret of Kells director Tomm Moore, Aardman animation director and lead animator Will Becher who will be bringing Shaun the Sheep to the festival, as well as Tim Searle, U.K. comedy animation director who recently brought Mr. Bean the Animated Series back to the screen. The festival also takes a look back at the work of Cosgrove Hall with co-founder Brian Cosgrove who will be presented with the first Manchester Animation Festival Fellowship Award at the festival.

Panels at the festival include Simons Cat producer Emma Burch, Morph director Merlin Crossingham and Tall Tales director Jon Turner presenting a close look at the pros and cons of crowd funding animation with “How To Make Friends and Animate People: The Art of Crowdfunding.” The writing, production and directing team behind the wildly successful new CBBC series of Danger Mouse will unveil the secrets of this rodent renaissance as they take us behind the scenes for an exclusive look at a yet to be aired episode. Whilst the past, present and future of Manchester’s animation legacy and a wider look at the cities booming animation industry will be on display as Factory, Flix Facilities and Mackinnon and Saunders take to the stage for “Making it In Manchester.”

Acclaimed animator Joanna Quinn will present a life drawing class and Animation Toolkit, “From Paper to Puppet: Stop Motion Animation Armature Making.” Participants will be supplied with an armature from the new range. (Ticket prices for workshop to be announced at a later date.)

A rare U.K. preview of Kahlil Gibran’s The Prophet will be screened at the festival introduced by segment director Tomm Moore.

The festival will be presenting some of the best animated Short Films and commissioned works from around the world playing in competition. These superbly crafted short films demonstrate the potential of the animated form. Amongst these films one will win the Short Film award. Graduation Films will also be in competition, whether it be an introduction to the industry or a mastery of the art form Graduation films are a presentation of the creative landscapes that can be discovered in an academic environment. Films by Children, created by kids under 16, display the kind of youthful exuberance and uninhibited ideas that can only spring fourth from young creatives exploring, enjoying and excelling in animation. These films will also be in competition. Out of competition, Panoramas will present versatility and scope of contemporary animation. A mixture of techniques, storytelling and platforms this selection of films represents the breadth of animation, to be enjoyed by all.

The festival will climax with an Award Ceremony presented by Barry J. C. Purves where the best Short Films, Graduation Films and the Audience Award (including Panorama films) will be selected by jurors and festival goers and presented with the MAF Award crafted by Mackinnon and Saunders.