Gallery Nucleus exhibition, “Mirai and the Works of Mamoru Hosoda,” on display through Sunday, December 2. 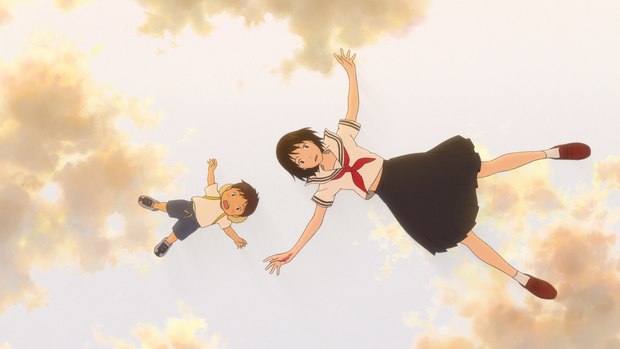 Mirai, the much buzzed-about Japanese animated feature from Mamoru Hosoda, opens in Los Angeles and New York on Friday, following a series of very positive reviews -- and a 95% fresh rating on Rotten Tomatoes -- noting its true contender status for a nomination in this year’s Oscar race.

The film, from Japan’s Studio Chizu, is a daringly original story of love passed down through generations. When four-year-old Kun meets his new baby sister, his world is turned upside down. Named Mirai (meaning “future”), the baby quickly wins the hearts of Kun’s entire family. As his mother returns to work, and his father struggles to run the household, Kun becomes increasingly jealous of baby Mirai... until one day he storms off into the garden, where he encounters strange guests from the past and future -- including his sister Mirai, as a teenager. Together, Kun and teenage Mirai go on a journey through time and space, uncovering their family’s incredible story.

Mirai is also the focus of an ongoing exhibition at Gallery Nucleus in Los Angeles, “Mirai and the Works of Mamoru Hosoda,” which is on display through Sunday, December 2. The exhibition highlights artwork from the critically-acclaimed director and Studio Chizu founder’s filmography with exclusive production artwork from Mirai. Attendees will be able to view production artwork, storyboards, and other materials from his feature films, including The Boy and the Beast, Wolf Children, Summer Wars, and The Girl Who Leapt Through Time, as well as purchase items from the Studio Chizu pop-up shop. The gallery offers all-ages free admission and is located at 210 Main Street in the Alhambra neighborhood.