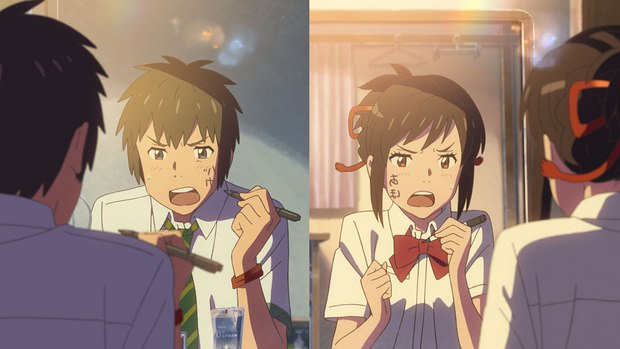 Written and directed by Shinkai (5 Centimeters Per Second, The Garden of Words), and produced by CoMix Wave Films and Toho Co Ltd., Your Name tells a unique out-of-body story where two complete strangers continue to switch bodies on random nights, becoming used to the strange reoccurrences and eventually having their lives more intertwined than expected. The two high schoolers yearn to meet each other, but obstacles just seem to get in the way.

Your Name will be screened in two versions: English-language dub (English voiceovers) and Japanese with English subtitles. Tickets are available on the film’s official website.

Here’s the official synopsis, and you can watch the English-language trailer in the player below::

Your Name also features an all-new English-language soundtrack created by award-winning Japanese band RADWIMPS, the masterminds behind the original Japanese film soundtrack and score. The trailer, which features the new English RADWIMPS soundtrack, can be found at Funimation’s YouTube channel.