Thinkbox app forms the backbone of the award-winning company’s pipeline. 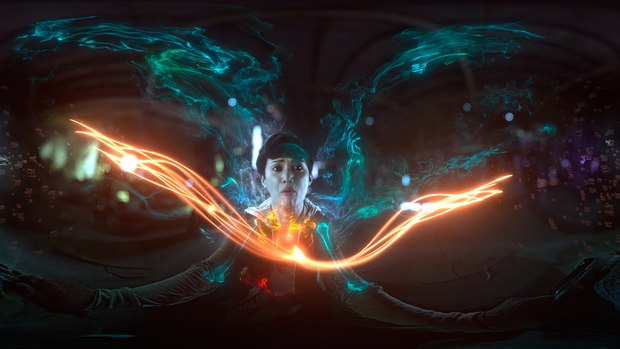 Thinkbox’s Deadline was instrumental in the making of Magnopus’ award-winning VR and AR projects.

“Deadline is ever-evolving and it just gets smarter with every iteration,” said Magnopus CTO Lap van Luu, a longtime Deadline user and supporter. “It’s super simple to set up and, anytime we’re in a pickle, Thinkbox support is there looking out for us.”

The majority of Magnopus’ projects to date are interactive VR experiences rendered in real-time through a game engine. The studio’s 50-node Windows-based render farm is used to bake textures and lighting, and render look development before it’s moved into the game engine. To create a cohesive pipeline bridging the local farm and various game engines, Magnopus created custom scripts in Deadline that provide them with the flexibility to leverage the strengths of each simultaneously.

“The ability to customize Deadline is a big advantage. We utilize traditional types of VFX methods through imaginative software configurations, and that, while out of the norm, is a huge benefit to our workflow,” Luu said. “We’re trying to push the creative art side as far as possible, and by giving artists access to the best tools for their needs, we enable them to iterate more quickly, which leads to better results.”

To augment the capabilities of the real-time game engines being used, Magnopus created scripts that can send portions of renders to the local farm, such as distributed light caching, rather than having an artist wait for results from the engine. This is achieved using a tactic similar to Deadline’s distributed rendering feature, which has proven particularly useful to look development artists and lighters at Magnopus.

Using Deadline’s distributed rendering with V-Ray and 3ds Max or Maya, Magnopus is able to spin up ten machines from the farm. The artist hits render locally and that essentially pulls up 400 to 600 cores rendering in V-Ray at once.

“Distributed rendering in Deadline is like having an army of ants rendering a frame, with ten computers acting as one,’ Luu said. “This allows artists to effectively iterate in a short time period and also makes sure we are using our local resources to their fullest potential.”

From a management standpoint, Deadline’s detailed reports are helpful in allowing Magnopus to push its render farm to full capacity as needed. Based on the logs, the studio can view what percentage of the CPU render nodes are using and set up Deadline to run concurrent tasks without overtaxing the render nodes, and since multiple jobs can be assigned to the same machine, additional licensing isn’t needed.

“Coming from the world of visual effects and into this new realm of immersive technology, we’ve built strong relationships with customer service-oriented companies like Thinkbox,” said Luu. “I’ve been using Deadline since 2005, and continue to use Thinkbox products because they’re always listening to our feedback and coming up with new and innovative solutions for their customers. Now that it's been acquired by Amazon, it's also good to know that Thinkbox is bringing the power of the AWS cloud to Deadline.”