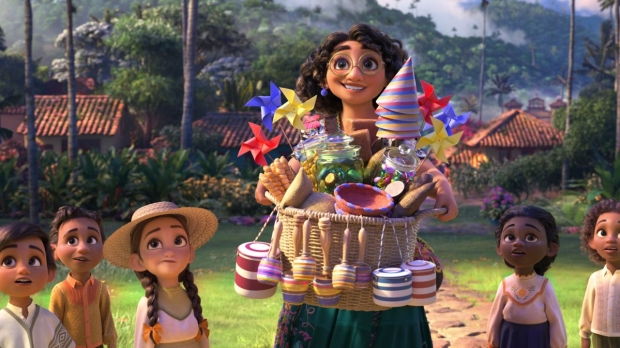 The home release comes with a whole lot of bonus features -- fans can enjoy a sing-along movie version, and never-before-seen bonus features including a brand new short, Far From The Tree, and deleted scenes.

Encanto, tells the tale of the Madrigals, an extraordinary family living in a magical house in the mountains of Colombia. Each of the family’s members has been blessed with a magical gift, from talking to animals and healing, to super strength, all except for Mirabel. But when Mirabel discovers the magic surrounding their home is in danger, she may be her family’s last hope to save their magical Casita.