Animated swashbuckler from Magic Light Pictures premiered on BBC One on Christmas Day 2017. 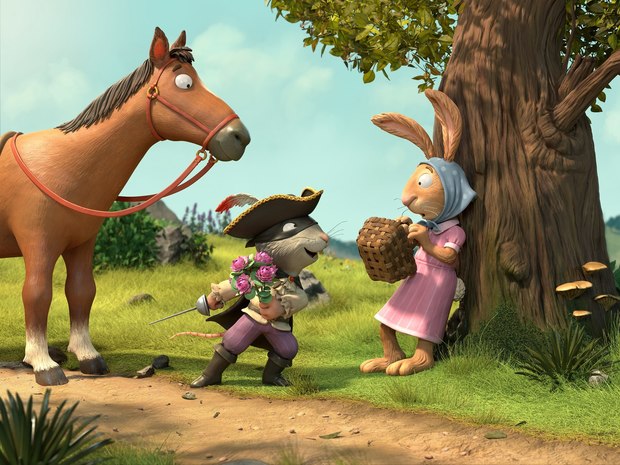 Magic Light Pictures‘ The Highway Rat has scooped the Rose D’or in the Children and Youth category at the 57th Rose D’Or Awards held last night in Berlin.

Based in London, Magic Light Pictures is the studio behind last year’s Revolting Rhymes, the Roald Dahl adaptation nominated for an Academy Award for best animated short. The Rose D’Or is a major award for the glorious animated swashbuckler which premiered on BBC One on Christmas Day 2017, watched by four million viewers.

The Rose d’Or Awards, one of the world’s most prestigious awards for TV and online entertainment programming, are given out by the European Broadcasting Union. Juries made up of industry professionals from 15 different countries shortlisted four nominees and then selected winners in each of the 10 categories competing for a Rose d’Or. The awards, held at the Axica venue next to the iconic Brandenburg Gate, were attended by around 400 industry luminaries.

Based on the popular book by Julia Donaldson and Axel Scheffler, The Highway Rat is the swashbuckling tale of a greedy rat who craves buns, biscuits and candies. With his loyal Horse, he rampages along the highway feasting on anything he can, until his sweet tooth leads him to a sticky end.

Starring Rob Brydon, Tom Hollander, Nina Sosanya, David Tennant and Frances de la Tour, its debut on BBC One on Christmas Day 2017 continued Magic Light’s tradition of providing animated festive family favourites for the channel, and Magic Light has sold the film all over the world.

“We are thrilled to win the prestigious Rose D’Or and honoured that the judges rated The Highway Rat so highly in the face of such stiff competition in every children’s and youth genre from around Europe,” said Magic Light Pictures co-founder Michael Rose. “It is a fantastic tribute to the brilliant work of its director, Jeroen Jaspaert, and the entire crew who worked on the film.”