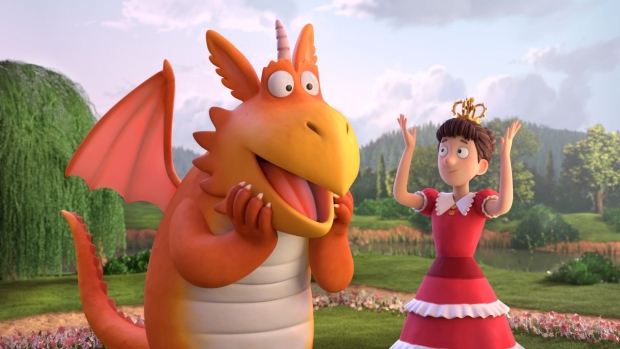 “We decided to keep the winners’ announcement for the same day the awards ceremony would have been held in Cannes,” noted International Academy president, Bruce L. Paisner. “And so today, March 31, although we cannot do it on-stage as usual, the International Academy, and our partners MIPTV, TV Kids and Ernst & Young, join us to congratulate the outstanding teams behind the winning programs. These programs entertain, educate and enlighten, with the high standard of quality we expect for our children and their communities at large.”

Magic Light Pictures’ animated special, Zog, was awarded the International Emmy in the Kids: Best Animation category. This marks the special’s second award win in as many weeks, having taken home the Best Children’s Award at the recent RTS Awards.

Zog is a heart-warming, action-packed adventure based on the popular book by Julia Donaldson and Axel Scheffler. It was directed by Max Lang and Daniel Snaddon, produced by Michael Rose of Magic Light Pictures and Martin Pope, and animated by Triggerfish Animation.

“We are honored that Zog has been recognized with this prestigious award, especially considering the quality of the competition from across the globe,” commented Rose. “It’s a testament to the wonderful work of directors Max Lang and Daniel Snaddon and to the whole, hugely talented crew who worked on the film.” The animated series, Bluey, was honored with the International Emmy in the Kids: Best Preschool category. The popular Australian preschool series provides an engaging and real depiction of modern family life, while celebrating the joy of imagination and learning through play. Bluey is written and created by Joe Brumm and executive produced by Charlie Aspinwal and Daley Pearson of Ludo Studios. Richard Jeffery serves as director of animation.

Other winning programs from Australia, Belgium, Brazil, Norway, the Netherlands and the United Kingdom include:

Click here to see the nominee and winner trailers.