Magic Light Pictures’ family favorites ‘The Gruffalo,’ ‘The Gruffalo’s Child’ and ‘Room on the Broom’ now available on Hopster for a special three-month window. 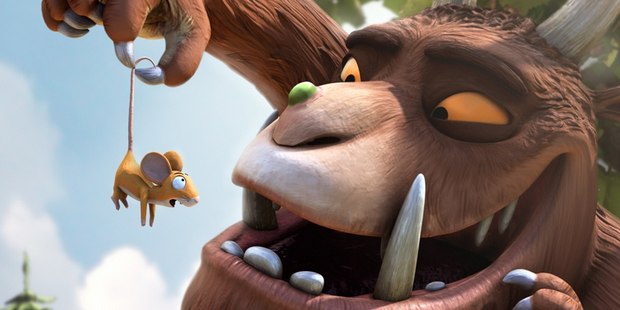 LONDON -- Mobile kids app Hopster embarks into its second summer with a raft of new developments to continue its rapid growth and global expansion.

In May 2015, Hopster launched on Apple TV in the U.K. Following extremely positive reactions, Hopster is launching on Apple TV in an additional 100 countries, and is already live in Australia, the Middle East, South East Asia, and India. Hopster on Apple TV offers users hundreds of hand-picked episodes of the best preschool shows from around the world and features a special Discover! mode, which groups episodes according to Hopster’s curriculum categories, along with seasonal themes and specials.

To support its global expansion and growth, Hopster is bolstering its technical team. New CTO Chris Brooke will be responsible for expanding the in-house engineering team and continuing to build a best-in-class technical architecture. Brooke joins from Quib.ly, a curated community for parents to ask questions and get answers about raising happy, healthy children in a global age. MADE.com CTO Jonathan Howell also joines Hopster on the company’s board as an advisor, bringing with him vast experience in scaling consumer products and building experiences people love.

In the U.K., which is Hopster’s core market, users will be excited to see the return of two family favourites The Gruffalo and The Gruffalo’s Child, and for the first time ever, Room on the Broom produced by Magic Light Pictures.

“Boy, what a summer!” said Hopster founder and CEO Nick Walters. “The kids VOD space is really heating up, and we’re excited to be leading the charge with everything that’s happening at Hopster HQ. Providing a brilliant experience across Apple’s mobile devices has been essential to our growth, and bringing it to life on Apple TV offers even better value to Apple families -- especially as everything is included in one easy subscription. Adding Jonathan and Chris to the team ensures we’ll continue to build on what we started - providing entertaining and educational content that delights kids and parents alike, all across the globe.”

Since launching in the U.K. in 2013, Hopster has seen exceptional growth. It is regularly the U.K.’s #1 top grossing kids app, and has topped the kids charts in 12 countries (and counting). Hopster also received two nominations for the 2015 Kidscreen/iKids Awards: Best Channel Design and Best Streaming Video Platform, and was one of Apple’s 'Best App of 2014’.