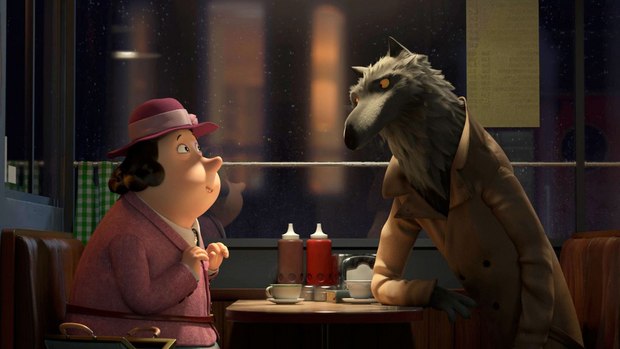 The animation for ‘Revolting Rhymes’ is produced at animated at Magic Light’s studio in Berlin and at Triggerfish Animation Studios in Cape Town.

On Saturday night at the Annecy International Animated Film Festival in France, Magic Light Pictures saw off stiff competition and was awarded the highest television accolade for its most recent production Revolting Rhymes. The specials, which are adapted from the iconic Roald Dahl fairy tales, won the coveted Cristal For Best TV Production. This is the third time that one of Magic Light’s films have won this award at Annecy, the world’s most prestigious animation festival.

In addition to the awards in Annecy, Revolting Rhymes has also just been awarded the 2017 Rockie for Best Animation at the Banff World Media Festival and the Best Storytelling Magnolia at the Shanghai TV Festival.

These awards mark a very successful year for the two 30-minute specials in terms of international sales. In addition to sales in the U.K. and Germany, Revolting Rhymes has so far been sold for broadcast to 37 countries including Australia, Ireland, France, Netherlands, Spain, Czech Republic, and Israel and across Scandinavia. Additionally this year, the DVD was successfully released by eOne in the U.K. in February and in Australia in April. The wide range of international home entertainment deals include the U.S. (PBS Distribution), Australia & New Zealand (Roadshow), Germany (Concorde), Benelux (eOne), Scandinavia (AB Svensk) and Spain (Modiband). The films will be released theatrically in France by Les Films du Préau on 11th October 2017, and by Modiband in Spain at the end of the year.

The films were commissioned by BBC1 and co-produced with ZDF, Germany. They were directed by Jakob Schuh, Jan Lachauer, co-directed by Bin-han To, and produced by Magic Light’s Martin Pope and Michael Rose. They were animated at Magic Light’s studio in Berlin and at Triggerfish Animation Studios in Cape Town. The films are voiced by an all-star cast including Dominic West, Rob Brydon and David Walliams.

“We’re delighted that our films have been honoured with this hugely prestigious Annecy award,” said Magic Light Pictures co-founder Martin Pope. “Bringing Roald Dahl’s brilliantly imaginative stories to the screen was a joy. It’s marvellous that the films are now being enjoyed by audiences all over the world.”