The dastardly ‘Dr. Strange’ villain will star opposite Harrison Ford, as the titular relic hunter, and Phoebe Waller-Bridge, in an undisclosed role. 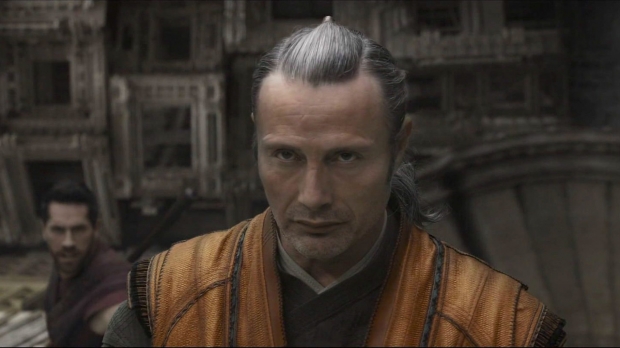 Indiana Jones 5 is heating up. Last week Deadline revealed that Miss Fleabag herself, writing genius Phoebe Waller-Bridge, will co-star alongside Harrison Ford in the upcoming archaeological adventure. Deadline now reports that Mads Mikkelsen (Hannibal, Doctor Strange, Another Round) will also co-star, and it wouldn’t be surprising if he ended up the villain. If you’re skeptical, watch just about any film in which Mikkelsen has ever starred. The film marks another large franchise for the dastardly actor, who appears in the Marvel Cinematic Universe, the Star Wars Universe, the James Bond Universe, and will soon replace Johnny Depp in Fantastic Beasts 3.

While whip-cracking Ford and legendary composer John Williams will return for the fifth installment, Steven Spielberg will hand the directing reins over to James Mangold (Girl, Interrupted, Walk the Line, Logan). Spielberg won’t stray too far from the franchise, however, and will act as producer with Kathleen Kennedy, Frank Marshall, and Simon Emanuel. After the less than stellar (but definitely celestial) Kingdom of the Crystal Skull, a change of directors may just be what the franchise needs.

Production is tentatively slated to begin this summer for a July 29, 2022 release.