While noted Danish actor was the top choice to replace Depp in ‘Fantastic Beasts 3,’ hypocritical fans now blame the actor for taking the role from a domestic violence victim. 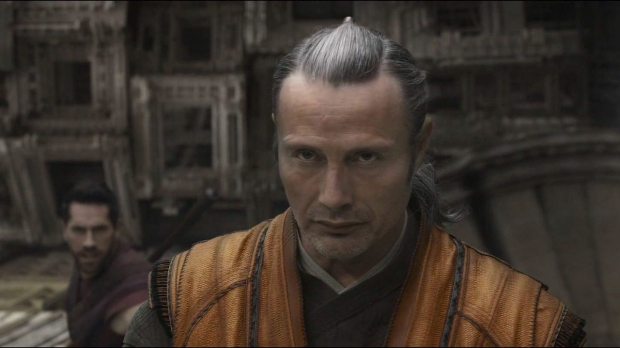 Move over Cursed Child, it seems the Harry Potter prequel franchise Fantastic Beasts and Where to Find Them is suffering from a cursed role. Earlier this month, we reported Johnny Depp had lost his place as dark wizard Grindelwald in the third installment of the Fantastic Beasts due to his loss in a major libel case involving his ex, Amber Heard. Luckily for Depp, he was still paid his full salary for performing in one scene. Now, Warner Bros. has confirmed Depp’s replacement will be fan favorite Mads Mikkelsen (Doctor Strange, Hannibal), just days after Mikkelsen himself denied any involvement with the franchise. However, because the role of Grindelwald is cursed, Mikkelsen is now getting heat for accepting the position. Fans, make up your minds! Here’s what dissenting devotees are saying of the casting choice:

Congrats to Mads Mikkelsen for taking away a DV victim's role that he lost due to false allergations. Hope you can sleep at night knowning you're part of the reason why Johnny Depp won't be able to get his role back when it comes out he's innocent. Also no one likes a liar.

I had never heard of Mads Mikkelsen before the rumors that he'd be replacing #JohnnyDepp as #Grindelwald in #FantasticBeasts3. Now that it's confirmed, I, as an abuse victim myself, will only ever know him as the actor that contributed to the punishment of a victim of abuse.

We understand that some fans feel badly for Depp, who is widely believed to be wrongly accused. However, he was never going to come back and the show had to go on. Is Mikkelsen really to blame for taking the role, especially since he was the top choice even before Depp picked up Grindelwald’s wand? Wizard politics are too complicated for this muggle.