m4e appoints Planeta Junior as its new consumer products agent for ‘Tip the Mouse’ in France and the CEE-territories Czech Republic, Hungary, Poland and Slovakia. 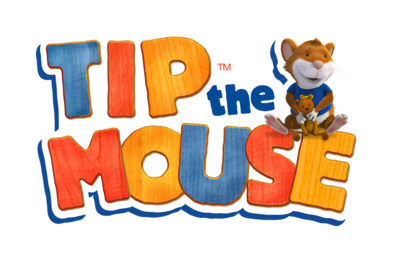 m4e AG has appointed the Paris-based Planeta Junior as its licensing agent (consumer products) for the CGI TV-series Tip the Mouse in France and the CEE-territories Czech Republic, Hungary, Poland and Slovakia.

Planeta Junior will work to establish and grow the licensing program for Tip the Mouse in the name of the German brand management and media company m4e AG. The preschool series was recently launched on France 5 with very successful ratings, a pay-TV launch will follow on Piwi+, the preschool channel of the Canal+ group, in September 2015.

“We are very happy to start our partnership with m4e. Thanks to the huge visibility of Tip the Mouse on France 5 and Piwi+, we really trust in the future success of the licensing program of the brand in France and beyond.” says Hélène Lancelin, country manager at Planeta Junior.

“Following the successful TV-launch of Tip the Mouse in France, we are thrilled to cooperate with such a strong and experienced partner for this important territory. In addition to France, we are looking forward to further expanding the brand together with Planeta Junior into Czech Republic, Hungary, Poland and Slovakia.” adds Bernd Conrad, Head of Licensing at m4e AG.

The 52 episodes of the TV-series Tip the Mouse were produced by m4e, Studio Bozzetto & Co., Giunti Editore, Studio Campedelli and Rai Fiction. The series is based on the internationally renown and popular children’s books of the same name by Italian author Andrea Dami. More than 11 million books have already been sold worldwide. In France, the books and TV-series are released under the local title Tip la Souris.