Moscow-based company will represent media rights in addition to licensing and merchandising for CG-animated preschool series. 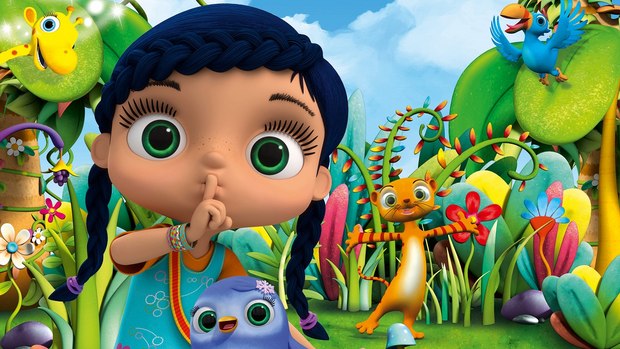 HÖHENKIRCHEN/MUNICH, GERMANY -- The German brand management and media company m4e AG has named brand4rent as the agent, for its new preschool property Wissper, in Russia and the CIS-territories. The Moscow-based company will represent media rights in addition to licensing and merchandising for Wissper. The consumer products program will be led by the EMEA master toy partner Simba Dickie Group.

“Wissper is travelling the world. After major markets such as the US and Latin America, we are confident that the appeal of the brand will also attract girls in the Russian Federation territories. Being a dynamic and growing company, we are thrilled to be working with brand4rent as our counterpart in the important Russian market. The approach of Denis Kulakov (CEO) and his team is similar to ours. We very much look forward to a fruitful collaboration,” commented Bernd Conrad, Head of Licensing at m4e AG.

Aimed at preschool children, Wissper follows the adventures of a little girl by the same name who has a very special talent, she is able to communicate with animals. This allows her to understand their problems and help solve them. Wissper the “animal whisperer” is a beloved character for young viewers all around the world.

The 52 episodes of the CGI-animated TV-series are created by London-based animation studio Absolutely Cuckoo, known for the BBC-hit-series Waybuloo, in coproduction with m4e AG, Telegael (Ireland), Discreet Art Productions (India), and the German BASTEI Media GmbH, a subsidiary of publisher Bastei Lübbe AG. Episodes 1-26 have been available since end of 2015, episodes 27-52 will follow by spring 2016. The brand’s worldwide distribution is managed by m4e.