The voice of the singing croc himself, Shawn Mendes, took to Instagram to tease his all-original song – which drops September 30 - from the upcoming film, which hits theaters October 7. 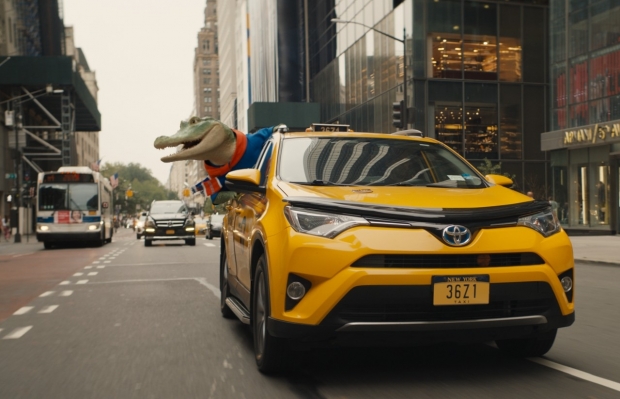 Do you know your scales? The soundtrack to upcoming live-action/CGI musical comedy Lyle, Lyle, Crocodile is gearing up to be just as fun and exciting as its plot. Lyle himself, Shawn Mendes, lends his voice to many of the songs on the album, as well as Stevie Wonder and Elton John. While the full soundtrack will be available for streaming the same day as the film’s release, Mendes’ original song “Heartbeat” will be released on September 30th.

Speaking to People, Mendes said, “I was able to do what I do best, plus I relate to his story and his character so much it felt natural. When I was approached to help make the music for the adaptation of such a classic book, it was a no brainer and just such a fun departure from what I am used to.”

Based on the best-selling book series by Bernard Waber, and starring Academy Award-winner Javier Bardem, Constance Wu, and Mendes, Lyle, Lyle, Crocodile brings this beloved character to life in a whole new way.

In the film, the Primm family (Wu, Scoot McNairy, Winslow Fegley) moves to New York City, and their young son Josh struggles to adapt to his new school and new friends. This changes when he discovers Lyle, a singing crocodile who loves baths, caviar, and great music, living in the attic of his new home. The two become fast friends, but when Lyle’s existence is threatened by meddling neighbor Mr. Grumps (Brett Gelman), the Primms must band together with Lyle’s charismatic owner, Hector P. Valenti (Bardem), to show the world that family can come from the most unexpected places.