Lupus Films to Produce a Second Season of ‘The Hive’

Award-winning producers of the critically acclaimed The Snowman and The Snowdog announce production of a second season of CGI animated children's television series The Hive. 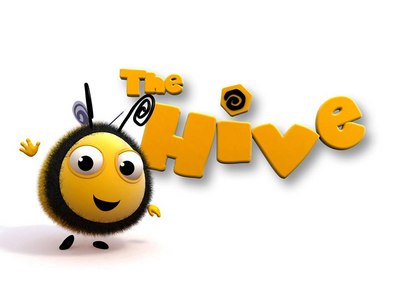 LONDON -- Camilla Deakin and Ruth Fielding of Lupus Films are two of the UK’s leading producers of animated films and TV series, and the award-winning producers of the critically acclaimed The Snowman and The Snowdog. Today, the duo announced that they are to produce a second series of The Hive, the popular CGI animated children's television series, through SPV The Hive Enterprises. The series has been acquired by Disney Junior in the UK and France.

The second instalment of the popular children’s series will go into pre-production in June 2014 and will air on Disney Junior in the UK and France in 2015. In addition to the 69 x 7 minute regular episodes, the second series will incorporate 3 x 22 minute Holiday Specials based around the themes of Christmas, Halloween and summer. Once again, BAFTA award-winning writer Bridget Hurst (Charlie & Lola) will be head writer for the series. The greenlight of a second series follows the international success of series one, which has already sold in over 150 territories worldwide, and will include some colourful new characters and locations.

The Hive will be produced by The Hive Productions S2 Ltd, and made in association with Lupus Films and Monumental Productions.  Bejuba! Entertainment handles the international TV and home entertainment distribution rights to the program, whilst Space Enterprises looks after The Hive’s hugely successful licensing and merchandising range, which includes plush, toys, books, puzzles and apparel, which retail in the UK and internationally in Australia, and South Africa, and are due to launch in Italy and Germany in 2014, and the US in 2015.

“It’s fantastic that Disney Junior has acquired a second series of The Hive in the UK and France,” said Camilla Deakin, Producer of The Hive and Joint Managing Director, Lupus Films. “We hope to build on the incredible success of the first series with a second season of fun and uplifting stories, plus we have added a trio of Specials that viewers will really enjoy over the holiday seasons.”

“We are delighted to be continuing our relationship with Disney who have been such a fantastic partner on The Hive and have helped to make it a worldwide success over the last 3 years,” says David Willing, Creator of The Hive and Managing Director of Monumental Productions.

“A second season for The Hive is a natural progression and buyers globally are excited that it’s coming,” says Tatiana Kober, President of Bejuba! Entertainment. “Disney in the UK and France have been enormously supportive and we’re delighted that they’re on board so early.”

In order to assist in raising the production financing for the show, The Hive Enterprises has set up an Enterprise Investment Scheme (EIS) fund, a venture which is being managed by Silver Lining Film Developments Ltd. The fund’s target investment is to raise £3.7 million before the funding period finishes at the end of June.

“This is the first EIS TV production project we have been involved with, so it’s an exciting venture for us as we step into a new genre,” says Grant Bradley, Director, Silver Lining Film Developments Ltd. “The principle aim of the fundraising is to attract investors to help the creators and producers of The Hive continue to create exciting, engaging new content and ancillary products – a cause to which they are committed. Potential investors should contact us if they are interested in being part of this great UK success story.”