Visual effects studio Luma Pictures standardizes render management and data processing across studios with the purchase of more than 400 seats of Deadline for its Linux-based pipeline. 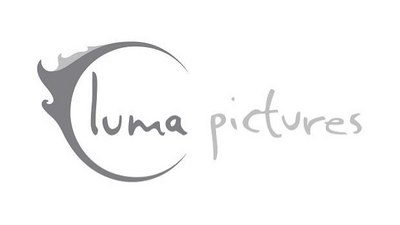 Los Angeles, CA --Thinkbox Software announced that visual effects studio Luma Pictures has standardized render management and data processing across studios with Deadline. Having purchased more than 400 seats of Deadline, Luma was able to easily integrate the software into both in-house and off-the-shelf tools within its Linux-based pipeline.

“Out of all the available options, Deadline offered the greatest versatility and customization,” said Chris Sage, Director of Operations, Luma Pictures. “It hooks in nicely to the applications we’ve already developed internally and provides a flexible platform for further modification and scale-out in the future.”

A multi-talented studio with a headcount fluctuating between 150 and 200, Luma’s VFX work runs the gamut -- from the latest superhero blockbusters to more nuanced projects for the Coen brothers, with high profile commercials sprinkled in for good measure. Though Luma has locations in Santa Monica, Calif. and Melbourne, Australia, the company operates as a single studio, often sharing workloads evenly between the two continents. Given the substantial commitment involved in transitioning render management solutions and the security assurances required to maintain MPAA certification, Luma conducted an extensive evaluation of Deadline prior to purchase to ensure it met the demands of their productions.

“Beyond rendering assets or elements for shots, we use our render farm for background processes like animation and model exports, as well as processing files for ingest/output. In addition, we use it to transfer a lot of data between studios, so we need a strong file management queue to maximize our bandwidth, Deadline is beautifully suited for these types of packet level data transactions,” explained Sage. “Furthermore, as members of the open source community, we look for collaborative vendors open to exchanging ideas, and Thinkbox support has been fantastic in that regard.”

Thinkbox Software Founder Chris Bond added, “Coming from a production background, we understand the importance of working with tools that consistently meet, if not exceed, expectations. Artist shouldn’t have to troubleshoot software, and our goal is to see that they don’t.”