Blockchain Creative Labs, FOX Entertainment’s Web3 media tech company, has announced that a ‘Key to Krapopolis’ NFT will be added to 2 of the series’ dedicated NFTs, whose owners will be added as background characters in the final first season episode. 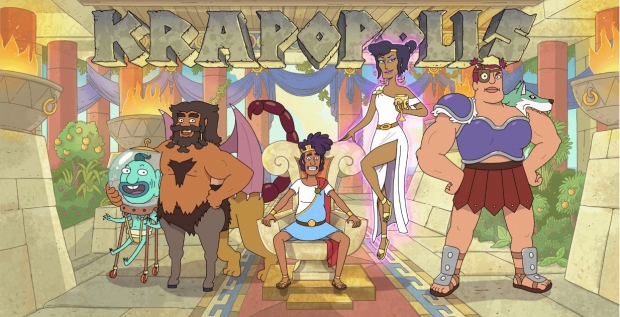 Blockchain Creative Labs (BCL), FOX Entertainment’s Web3 media and creative technology company, and Dan Harmon, creator of the network’s upcoming animated comedy, Krapopolis, have unveiled the ‘Key to Krapopolis,’ which will allow owners of the series’ dedicated NFTs, Krap Chickens, to appear in the program as a background character during its Season One finale.

Only two ‘Keys to Krapopolis’ NFTs will be added to two existing Krap Chicken NFTs, effectively making them the two rarest NFTs in the collection. The Key will appear as a second image on each of the upgraded NFTs in a carousel. Once the episode airs, the illustrated image of the holder’s head as it was included in the show will be added to each NFT.

One Key will be granted to a current Krap Chicken holder who must enter and win a scavenger hunt beginning on December 7. The first entrant to answer a series of Krapopolis-themed, multiple-choice questions correctly will win a ‘Key to Krapopolis.’ Each Krap Chicken in the collection represents one entry to the scavenger hunt, meaning the more chickens an individual owns, the more chances they have to compete to win the prize. The other Key will be added to a Krap Chicken from BCL’s treasury and auctioned off to the public on OpenSea from November 27th through December 4th.

“Unlike, say, a concert ticket, which has one-time use, we want our Krap Chickens to grant additional perks to fans over time,” said Scott Greenberg, CEO of BCL. “When we first announced the Krap Chickens, we offered several features, including early-access to screenings and meet-and-greets with the cast and crew. But the ‘Key to Krapopolis’ proves that utility in Web3 can be eternal and only scratches the surface of what’s possible in fan engagement.”

The series is set in mythical ancient Greece and tells the story of a dysfunctional family of humans, gods, and monsters that try their hand at running the world’s first cities – without trying to kill each other. The series features the voices of Emmy Award winner Hannah Waddingham (Ted Lasso); Richard Ayoade (The IT Crowd); Matt Berry (What We Do in The Shadows); Pam Murphy (Mapleworth Murders); and Duncan Trussell (The Midnight Gospel).

Krapopolis is an outgrowth of Harmon’s direct animation deal with FOX Entertainment. In the series, Ayoade voices “Tyrannis,” the mortal son of a goddess. He’s the benevolent King of Krapopolis trying to make do in a city that lives up to its name. Waddingham plays “Deliria,” Tyrannis’ mother, goddess of self-destruction and questionable choices. Within her extended Olympian family – forged in patricide and infidelity – she’s known as the trashy one. Berry is “Shlub,” Tyrannis’ father, a mantitaur (half centaur [horse + human], half manticore [lion + human + scorpion]). He is oversexed and underemployed, claims to be an artist, and has literally never paid for anything, in any sense of that word, for his entire life. Murphy voices “Stupendous,” Tyrannis’ half-sister, daughter of Deliria, and a cyclops. Trussell plays “Hippocampus,” Tyrannis’ half-brother, offspring of Shlub and a mermaid, and, obviously, a hot mess, biologically speaking.