Luca Paulli Introduces ‘Things You Can Do With Extendable Arms’ 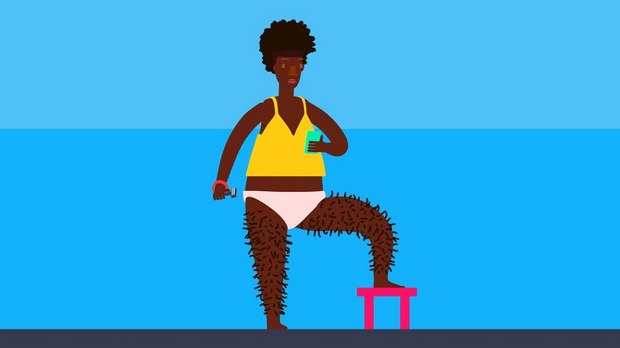 London-based animator Luca Paulli has created a charming and engaging campaign for a fake pill called Ugrow. Simply put, Ugrow is a pill that, when taken, enables an individual’s arms to extend to unbelievable lengths, leading to unbelievable situations. “Things You Can Do With Extendable Arms” was a personal project for the busy animator.

Each animated GIF is filled with humor highlighting a situation in which extendable arms would be advantageous. Paulli decided to use a strong colorful flat style for the project to give the Ugrow brand impact. “I love working with bold and close complimentary colors and I wanted to create a new style for this project that was different from my previous work,” he notes.

Paulli says that while the Ugrow brand is fun and simple, its conception came from more serious beginnings. “The inspiration for the project came from author Nicola Barker, she proposed that we live in a society of spectacles,” he recounts. “Looking deeper into that concept, I want to provoke a reflection on our society and look at how we define ourselves through our behavior. In the Ugrow world made of simple forms and bright colors I have created an essential language with different layers of interpretation. Each character is portrayed in a perennial loop where their actions cross between innocence and artifice, joy and indulgence with a magnetic duality.”

The Ugrow campaign is featured on a dedicated web page at www.ugrow.me, and a range of social media accounts, including Twitter and Instagram.

“I have a lot more ideas and I will release them regularly on social media, on the Ugrow Face book page, and Instagram and Twitter,” says Paulli. “I want to start a conversation with people and see what they would do and maybe make some of their suggestions.”

Paulli is an animation director and illustrator represented by Picasso Pictures. He was born in Italy where he studied modern literature before moving to the U.K. to complete a masters in animation at Central St Martins. He has worked as a character animator for over 10 years. One of his shorts, Breaking the Mould, won the DepicT audience award at Encounters Film Festival. In 2014 he joined Picasso Pictures as one of their emerging directors and he has since worked for a host of clients including Google and Mediaset.