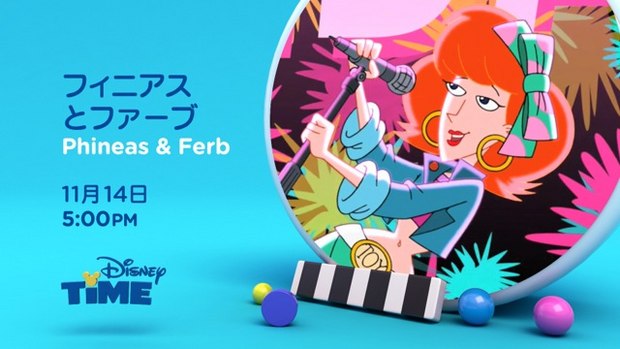 Working closely with the network’s creative team, loyalkaspar created a vibrant 3D-animated package that amps up the excitement for the free two-hour block of Disney programming.

The vibrant visual identity of "Disney Time" is a playful, energetic twist on the sophisticated photo-real package that loyalkaspar created for Dlife's network launch. Set to cool blue backdrops, the graphics unfold into a dynamic world of fun and imagination, highlighting Disney favorites, such as Lilo & Stitch and Phineas & Ferb along the way.

“Our challenge was to communicate Disney Time’s own unique identity without losing its tie to the overall Dlife brand,” explains Dörnemann. “We were able to explore different conceptual platforms for the branded block, reimagining the composition and animation language familiar to Dlife while maintaining brand continuity that would speak to both mom’s and their kids.”

loyalkaspar created a graphic system around the concept of attraction. They also played with the concept of gravity, by having various elements float or explode like confetti. Dörnemann and his team found that by turning gravity on and off, they were able to truly expand the animation language.

“Despite the 12-hour time difference, we were lucky to have a very seamless process with the client, who shared our enthusiasm for collaboration and organization,” concludes Dörnemann. “This has been a longstanding 360-degree relationship for us, and Dlife entrusted us to take their brand to the next level. We were able to give this programming block its own personality with a new animation language that we believe will translate beautifully to future branding opportunities.”