Calling out Disney and FX and warning parents to ‘STAY AWAY FROM’ the new animated show, the politician took to Facebook to voice his outrage. 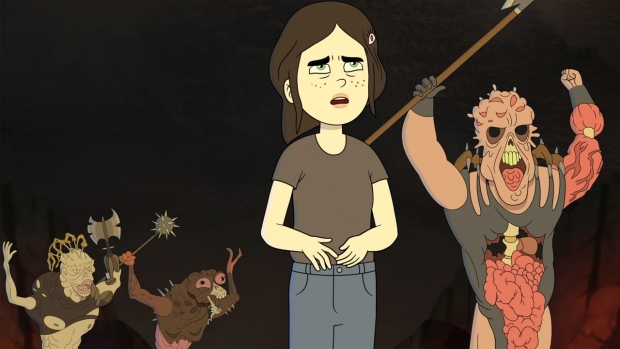 Mike Johnson, a U.S. congressman from Louisiana, has red flagged Little Demon, the Disney-owned animated series that just premiered on FXX and Hulu, stating it reflects how “dark and desensitized” our culture has become, reports ABC News.

The animated comedy features the voice talents of Aubrey Plaza as the mother, Laura, Danny DeVito as Daddy Satan, and Lucy DeVito as their anti-Christ daughter, Chriss.  The show follows mother and daughter as they try to live a normal life in Delaware, free from the clutches of Devil Dad, who wants custody—of his daughter’s soul.

A show promo aired during this past Sunday night’s TV broadcast of the Louisiana State University – Florida State football game, prompting Johnson to post on Facebook, “I couldn’t get to the remote fast enough to shield my 11-year-old from the preview, and I wonder how many other children were exposed to it — and how many millions more will tune in to the new series, owned and marketed by DISNEY. Our job as parents is to guard the hearts and minds of our kids. This culture has become alarmingly dark and desensitized and this is not a game. Disney and FX have decided to embrace and market what is clearly evil. STAY FAR FROM IT.”

Johnson posted Tuesday that 6.1 million people viewed his above post.  This in turn prompted a movement on twitter, with users posting pictures from Little Demon with the hashtag #BoycottDisney. You can imagine the umbrage posters then took on both sides of the issue.

Would the congressman and his supporters have been as upset if a promo for the Chilling Adventures of Sabrina or any other live-action show portraying the occult had aired?  Is it that the show’s main character is a 14-year-old girl whose dad is the Devil? Or that the premiere episode showed her having her first period? Or is it simply the medium of animation depicting scenes he feels are unsuitable for children he takes umbrage with?

News flash – animation is for grown-ups too, people.