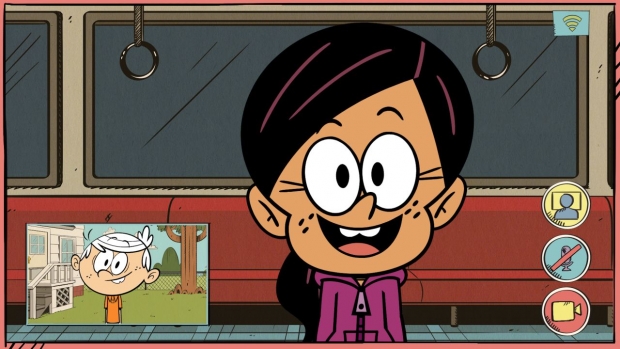 Lincoln and Ronnie Anne join the virtual hosting ranks in The Loud House & The Casagrandes Hangin’ At Home virtual animated special, coming to Nickelodeon Saturday, May 23 at 8:00 pm (ET/PT). The show will feature the pair on video chat, reminiscing on classic moments from The Loud House and The Casagrandes; they’ll share helpful tips and funny anecdotes about what their families are all doing while staying home, while flashing back to previous episodes featuring their big and fun-loving families.

The Loud House & The Casagrandes Hangin’ At Home special was produced virtually and features original animation of Lincoln Loud and Ronnie Anne created using Adobe Character Animator. In only a week, artists created the animation, listened to voice over and, using keyboard shortcuts, triggered certain animations on the characters. The voice actors behind these characters recorded their lines from home, which were then matched with the animation.

The show is part of Nickelodeon’s #KidsTogether, a global, multiplatform prosocial initiative using its most popular characters and talent to engage with kids and families on tips for staying healthy and also ideas for activities to do together while in the home during COVID-19.

The Loud House animated series was recently greenlit for a fifth season and new episodes continue to air on Nickelodeon. The series also won Emmy Awards for Outstanding Children’s Animated Series and Outstanding Writing for an Animated Program in 2018.

The series debuted May 2016 on Nickelodeon and centers on 11-year-old Lincoln Loud and his ten sisters as he gives an inside look at what it takes to survive the chaos of a huge family.  In addition to the series, the property also has been translated into a comic book series, which continues to roll out new stories and a podcast, Listen Out Loud. Two seasons of Listen Out Loud are currently available with a third coming soon. The series is executive produced by Michael Rubiner. Karen Malach serves as producer and Kyle Marshall is supervising producer. A spinoff of The Loud House, The Casagrandes tells the story of 11-year-old Ronnie Anne who moves to the city with her mom and older brother to live with their big, loving family, the Casagrandes. The series showcases the culture, humor, and love that’s part of growing up in a multigenerational Mexican-American family.

The series recently received a Season 2 greenlight, which will continue to follow Ronnie Anne and her multigenerational family for more love, laughter and adventures in the big city.  Premiering this fall, the Casagrande family members will find themselves in a variety of situations, including becoming a viral sensation, searching for Pancho Villa’s lost gold, celebrating Las Posadas and more.