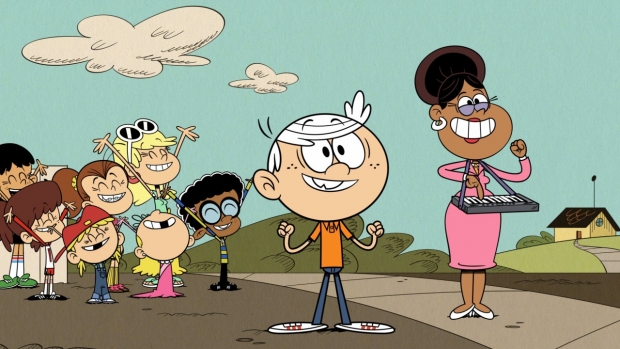 Royal Woods is in danger of being flooded to make room for a sixth Great Lake, bringing the town together to prove they’re worth saving.

The special episode stars Emmy Award-winner Christine Baranski (The Good Fight) as Joyce Crandall, the perky and often clueless Under Secretary of Water Leisure for the state of Michigan; and Yvette Nicole Brown (Big Shot) as Mayor Davis, a quirky and fun working mom who loves her trademark pantsuit.

The musical special features four original songs: “Already Forgot About You,” performed by Joyce (Baranski), “Flippee Jingle,” “Keep Us Around,” and “Right Where We Belong,” sung by the Loud family and residents of Royal Woods.

The Loud House debuted on Nickelodeon in May 2016 and centered on 12-year-old Lincoln Loud and his 10 sisters, looking at what it takes to survive the chaos of a huge family. As one of the longest-running animated series on Nickelodeon with 176 episodes, the property also has been translated into a comic book series, which continues to roll out new stories, chapter books, a digital album, and a podcast, Listen Out Loud. Ronnie Anne and the gang will be in 12 is Midnight’s new music video, but things go awry when a ghost wreaks havoc in the concert hall. The kids and the band must find out how to appease the ghost – quickly!

The episode features one original song, “Classic,” performed by 12 is Midnight.

Emmy Award-winning The Casagrandes tells the story of Ronnie Anne, who moves to the city with her mom and older brother to live with their big, loving family, the Casagranddes. A spinoff of The Loud House, the series showcases the culture, humor, and love that’s part of growing up in a multigenerational Mexican American family.