An almost-complete copy of ‘Empty Socks,’ starring Oswald the Lucky Rabbit, has been discovered by the National Library of Norway. 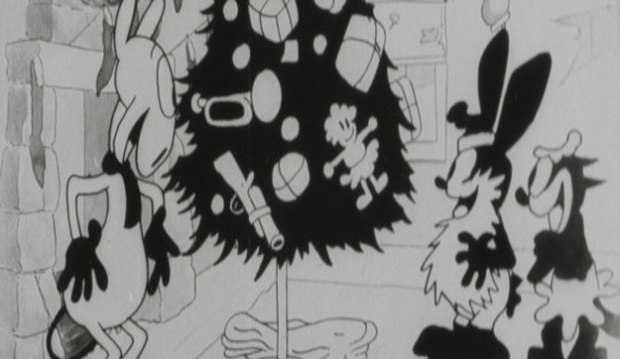 A copy of a 1927 Walt Disney cartoon which was thought to be lost has been found in northern Norway, according to a report by The Guardian in the U.K.

Empty Socks, Disney's first Christmas short, was reportedly found during an inventory of one the facilities of Norway's National Library near the Arctic Circle. The film starred Oswald the Lucky Rabbit, a precursor to Mickey Mouse, and has been authenticated by Disney cartoonist David Gerstein.

“At the beginning, we didn’t know it was a lost cinematographic treasure,” library archivist Kvale Soerenssen said in a statement released last Thursday. “The film was in two reels which weren’t clearly labelled.”

Empty Socks initially had a 5:30-minute runtime, but somewhere between 30 and 60 seconds are missing from the footage discovered in Norway. Previously, only about 25 seconds was known to have survived, and that footage is held at the Museum of Modern Art in New York.

The nitrocellulose reels -- a highly flammable compound -- are stored in a room with controlled temperature and humidity. They once belonged to a private individual before ending up in the collection of the Norwegian Film Institute, which handed over its archive to the National Library of Norway. A digitized copy of the film has been made and sent to Disney.