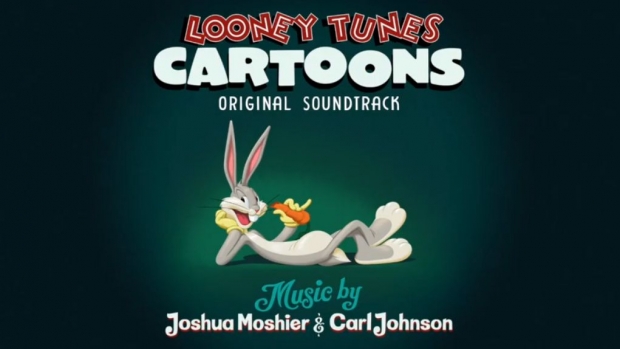 BURBANK -- WaterTower Music has announced the digital release of the official soundtrack album to Looney Tunes Cartoons. The series, produced by Warner Bros. Animation and now streaming on HBO Max, is comprised of new short-form cartoons starring Bugs Bunny, Daffy Duck, Porky Pig, and other iconic and beloved Looney Tunes characters. The soundtrack, that serves as the musical backdrop to the new series, features 26 tracks of music created by composers Joshua Moshier and Carl Johnson.

Both composers shared their passion for the project and honored the legacy of composer Carl Stalling, the composer for the original Looney Tunes shorts produced by Warner Bros.  Stalling was said to have averaged one complete score each week, for 22 years.

“I’m thrilled to be returning to Warner Bros. and the Carl Stalling style of animation music for Looney Tunes Cartoons,” remarked Johnson. “The whole team involved with this show has really put tremendous care, craft and effort into these shorts - from the scripts to the voice acting to the animation and sound effects. I think musically we’ve been able to honor the tradition and legacy established during the golden age of Looney Tunes and Merrie Melodies, while adding some new ideas along the way. It’s also a showcase for the amazing studio musicians we have in Los Angeles, who constantly push their playing beyond the bounds of what’s possible. I hope these shorts will entertain a whole new generation of cartoon-loving fans!”

“Stepping into the rich musical language of Looney Tunes is a true honor and a humbling pursuit, given the brilliant legacy established by Carl Stalling,” added Moshier. “A great joy for me is partnering with the brilliant animation team led by Pete Browngardt to push the comedy as far as we can while honoring the tradition of classical and popular music in Looney Tunes. I'm drawing on sketch comedy influences and my background as a musical improviser to incorporate styles of music that did not yet exist in the Termite Terrace era. It's my hope our new cartoons are a bridge to musical knowledge and appreciation in the same way the classic Looney Tunes are for me."