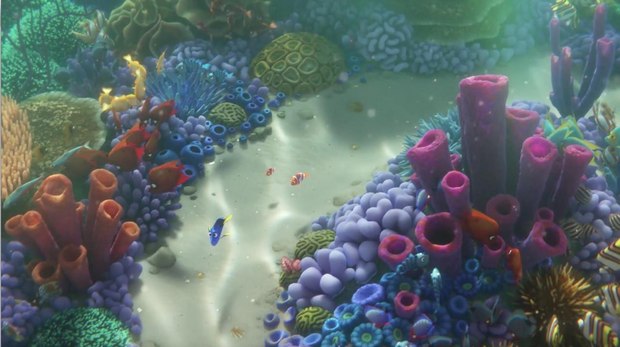 With director Andrew Stanton’s highly anticipated follow-up to Finding Nemo, Finding Dory, arriving in theaters June 17th, AWN has rounded up a slew of concept art from the film.

A sequel to Pixar Animation Studio’s 2003 feature, Finding Nemo, Finding Dory picks up six months after the events of the first film and finds Dory (Ellen DeGeneres) living a quiet life with the clownfishes.  After accompanying Nemo (Hayden Rolence) on a class trip to see the manta rays migrate back home, her homesickness leads the forgetful blue tang fish on a quest to find where she came from.

Check out the gorgeous imagery below showcasing some of the new settings in the film from Pixar artists including Sharon Calahan, Rona Liu, Steve Pilcher, and more: