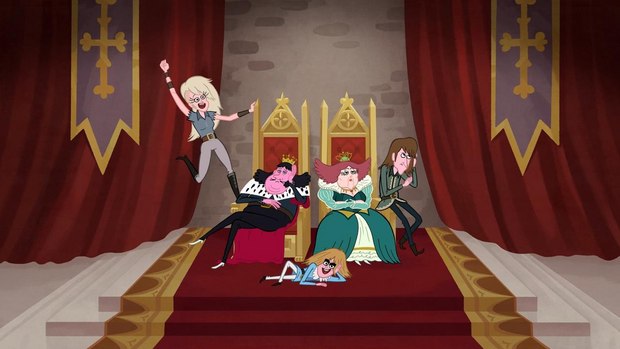 The holidays can be a chaotic time for any family; throw in a few bejeweled crowns, lofty titles, and an entire kingdom and you’ve got Cartoon Network Studios’ newest original miniseries, Long Live the Royals. Created by Sean Szeles (supervising producer, Regular Show) and based on his Emmy Award-winning animated short, the four-night holiday event begins Monday, November 30 at 7:45 p.m.

Long Live the Royals is a sitcom that focuses on a modern royal family living in an old-fashioned world. They oversee matters of the State while managing typical family dynamics, and they balance current technologies with medieval traditions.

Watch them try to keep it together while navigating the week-long Yule Hare Festival: