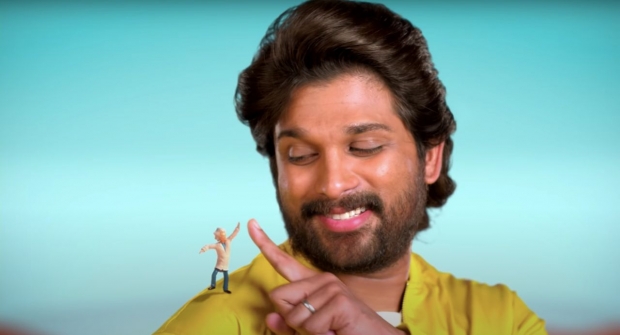 According to LOBO’s Aron Aguiar, who directed the animation with Mateus de Paula Santos, "It was a fun process overall. We got to pitch for the project in early December 2019, and the shoot was planned for early January 2020. Due to the celebrities' super busy schedules, that date was set in stone. The pitch involved developing the scripts and characters. Fortunately, Parle's Frooti brand and &Walsh loved our ideas.”

However, LOBO didn’t get project approval until late December, which greatly compressed their production schedule. “We had absolutely no time to plan the shoot according to our CG needs to integrate the celebs with our CG background,” Aguiar explains. “We adjusted the scripts and storyboards so we could shoot against greenscreen, knowing the CG would need to be adaptable to the footage. All three celebs were a pleasure to work with and they all used their imagination splendidly, creating in their mind's eye the world and the miniature characters they interact with. Allu Arjun had the most suggestions regarding acting and ideas for the scripts - which were more than welcomed - and so his versions had a special touch.”

Though the spots were finished in three months, due to the pandemic, they weren’t released until this spring. “It's a pleasure for us and the crew to finally see them out in the world,” Aguiar concludes.